U of T students, faculty and staff honoured with Awards of Excellence 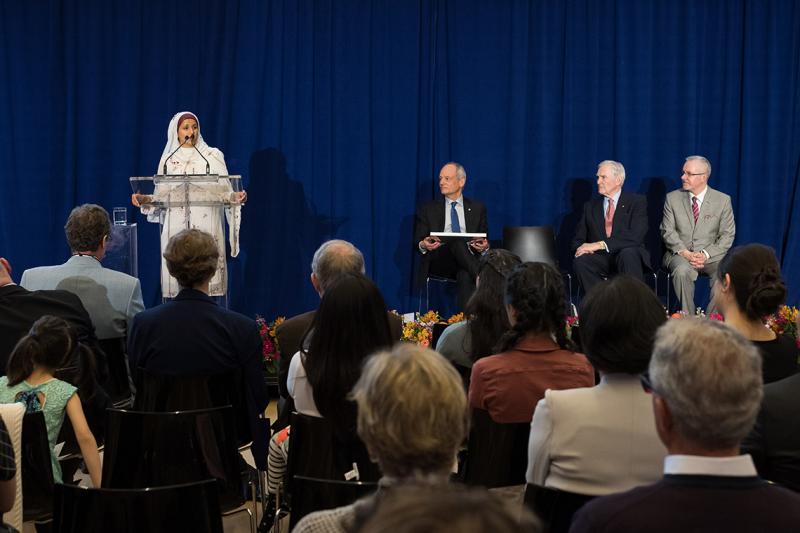 Aisha Ahmad, an assistant professor of political science at U of T Scarborough, accepts the Northrop Frye Award for faculty (photo by Gustavo Toledo Photography)

The University of Toronto is known as one of the world's best public universities and the top-ranked in Canada.

Its success is due to the individuals who work, study and do research here. Last week, the U of T community came together at the Rotman School of Management to celebrate students, faculty and staff.

U of T President Meric Gertler, Chancellor Michael Wilson and U of T Alumni Association President Scott MacKendrick presented the annual Awards of Excellence to outstanding members of the U of T community.

“I'm sure you all know that the University of Toronto consistently ranks among the world’s top universities,” President Gertler said. “It is a testament to the brilliant research and teaching that's happening every day on all three of our campuses.

“The faculty members we honour have enhanced the student experience, influenced public policy and promoted human rights, among many other contributions," he said. “The staff members receiving awards tonight have spearheaded innovation in fields ranging from mental health to finance, and all of them stand out as mentors or role models for their colleagues. And, of course, our student honourees have combined exceptional academic performance with co-curricular leadership on campus and well beyond. So if ever we wonder how we will meet and brave the global challenges of our time, we need only look to them for inspiration.”

Read about all of this year's winners here

This year's award winners included Aisha Ahmad, an assistant professor in the department of political science at U of T Scarborough who is an expert on political Islam and international security; Robert Vipond, a professor of political science and author of a new book exploring the themes of diversity and community through the story of a Toronto elementary school; and Jason Foster, an associate professor, teaching stream, and creator of the Faculty of Applied Science & Engineering's Praxis courses, which involve students in civic-design projects.

U of T News chatted with three award recipients before the ceremony about their work and contributions to the university. 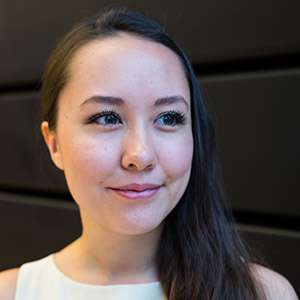 Double major in international relations and Near and Middle Eastern civilizations

“In first year I was in the Trinity One program and I wrote a paper on the radicalization of women, particularly by the Islamic State. That kick-started my interested in terrorism, specifically, and counter-radicalization. I chose the major in Near and Middle Eastern Civilizations because of that, so I'm learning Arabic. I'll be going on to King's College in London to take terrorism studies.” 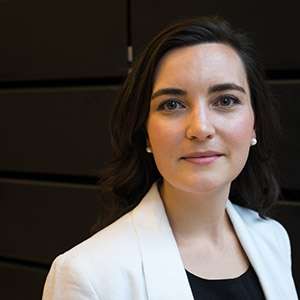 “I have a strong passion for the population I work with, which is cardiovascular patients, and an interest in ethics and end-of-life care specifically. That was kind of my focus and the more I learned about the research in that area, the more it interested me.

"I was always interested in health care generally. The first year of nursing at McGill, where I did my undergrad, is basic science courses. I was still figuring out what I wanted to do, but I was in the nursing program. I really wanted to work with people. As soon as I started my second year and we started nursing courses about health and illness and relationships, I loved it. I knew then I was in the right place.” 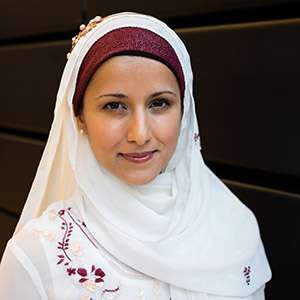 “The Northrop Frye Award, of all the Awards of Excellence at the University of Toronto, is a celebration of all the outstanding students that we have, and the privilege that we have to invite them into the research process at a very high level.

"I'm honoured to have been nominated not only by faculty, but also by outstanding students who have been instrumental in making my research not only of service to the community, but cutting edge in the field that I study. It's not every university that has this calibre of students, ones that bring a global perspective to the challenges that we face. In the field of international security, we need students who can bring a global lens to problems.”