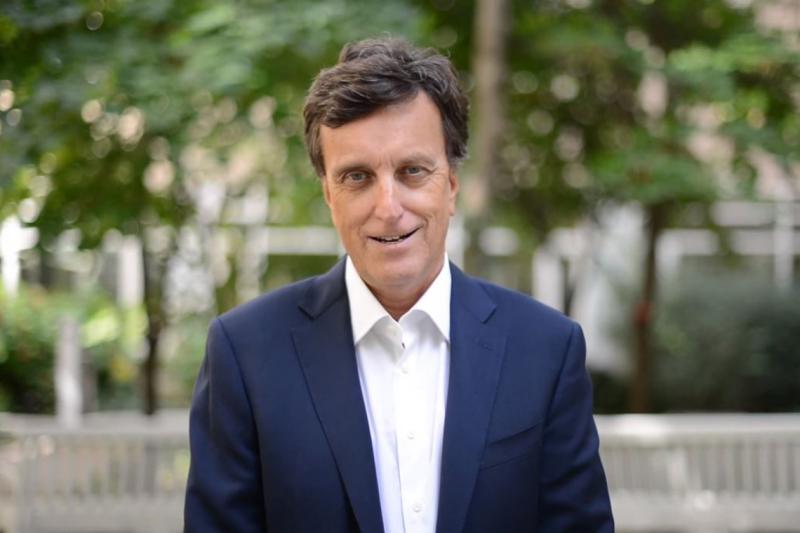 Peter Rekai (BA 1976 TRIN) is committed to making the city a better place – for everyone.

For years, the leading immigration lawyer, philanthropist and University of Toronto alumnus has been making a difference in the lives of long-term care recipients as chair of the Rekai Centres, long-term care facilities started by his father Paul and uncle John. The multilingual facilities care for Toronto’s diverse multicultural population and are believed to be the first of their kind in Canada.

Now Rekai's efforts are being honoured with the U of T Alumni Association’s Carl Mitchell Award for Community Engagement. The award, created four years ago, is named after the former President of the University of Toronto Alumni Association, who was a passionate advocate for making an impact on communities through volunteering.

Friends, family and colleagues describe Rekai as someone who doesn’t like taking credit for his considerable dedication to philanthropy and community work. “Peter is an extraordinary volunteer,” David Crombie, the former mayor of Toronto and U of T alumnus who volunteers for the Rekai Centres, told U of T in a videotaped interview (below). “[He] has a kind of quiet but compelling presence.”

Rekai says his work in immigration and at the Rekai Centres was informed by the experience of his family, who immigrated to Canada as refugees from Hungary in the 1950s.

Trained as doctors, his father Paul and uncle John opened up small medical practices in Toronto. They noticed that immigrant patients typically went to doctors in their communities who spoke their language, but were lost when transferred to hospitals without fluent health care providers.

“There were also cultural issues,” says Rekai, “like making sure patients had the food they were used to and that accommodations were made for different cultural preferences.”

Along with his father, Rekai envisioned a unique hospital that could provide culturally-sensitive care for patients, with a wide variety of languages spoken by health care providers.

In 1957 they took over the Central Hospital on Sherbourne Street and opened a 32-bed private hospital with multilingual staff providing care to patients of diverse backgrounds.

“The staff who worked there spoke 35 different languages between them,” says Rekai, “and provided culturally sensitive care. That was really new and innovative at the time. That [care model] is still ahead of its time.”

Two long-term care homes followed. The first, called Sherbourne Place, offers 126 beds. The second, Wellesley Central Place, offers 150 beds. And a third one, which will offer 230 beds, is under construction. It will replace the first home, which Rekai says will become a community health facility. Together, the Rekai Centres provide transformative long-term care.

“The Rekai Centres have given me some stability in my life, which is probably the most important thing,” says Charles Cook, a resident at the Rekai Centres and a U of T alumnus in the U of T video.

Rekai notes the need for long-term care is going to grow exponentially over the next five to ten years. “The need is huge as people are living longer, and the expectation for better care, sensitive, individual care, better use of technology or more innovative food is growing,” says Rekai.

Rekai says the work of his father and uncle in envisioning the future of health care in the 1950s is still the backbone of the organization today. “The kind of hospital my father opened became a model for other hospitals – it was innovative and multicultural, and people who worked there spoke at other hospitals about that kind of care,” he says.

Keeping residents connected to the community is also one of Rekai’s priorities.

“We open up the main floor of our long-term facilities for community events and encourage residents to explore the community centre near them, go to art shows and events,” he says.

Rekai’s work as an immigration lawyer and as a board director of the Rekai Centres grew out of an interest in immigration experiences – like the ones his family went through.

He was the first in his family to be born in Canada and to attend a Canadian university. His time at U of T, he says, was formative and instrumental to his work today.

“I had four great years at U of T,” he says. Graduating from Trinity College in 1976, Rekai recalls being very involved in extracurricular activities, including the literary society at Trinity College and U of T debating, and being surrounded with people who pushed him to grow and learn. “I remember taking courses in city politics at Innis College, where we talked about radical politics. I remember the great Canadian authors who were at U of T at the time – like novelists Dave Godfrey and Margaret Atwood.”

He also recalls being taught by Robert Bothwell and the late Stephen Clarkson, and taking former Erindale College (now U of T Mississauga) Principal Paul Fox’s class with Toronto Mayor John Tory. “Based on where John ended up, I think he clearly listened more carefully in that class than I did,” Rekai jokes.

The relationships he built at U of T continue to this day. Rekai brought fellow alumni to serve on the board of the Rekai Centres – friends like Hugh Innis, Gordon Davies, Geoffrey Mills and Cindy Bowden.

STAY IN TOUCH: "The people you know now will ask you to participate in interesting things"

He advises current students and alumni to maintain the relationships they made during their studies. “The people you know now will ask you to participate in interesting things,” he says.

“I also encourage people to send their kids to U of T – I sent three of my four kids there,” he says.

Rekai's daughter Mika Rekai, a U of T alumna who studied classical civilization and English, and also graduated from Trinity College, says that as she got older she saw the significance of the responsibilities her father took on with the Rekai Centres.

“My dad is quiet and cheerful about all the responsibilities he takes on and his leadership roles and he doesn’t make a big deal about it,” she says. “But he also takes his work very seriously – he knows how to work a room.

“He remembers and he cares and he’s considerate and he gets a lot done while being really pleasant.”