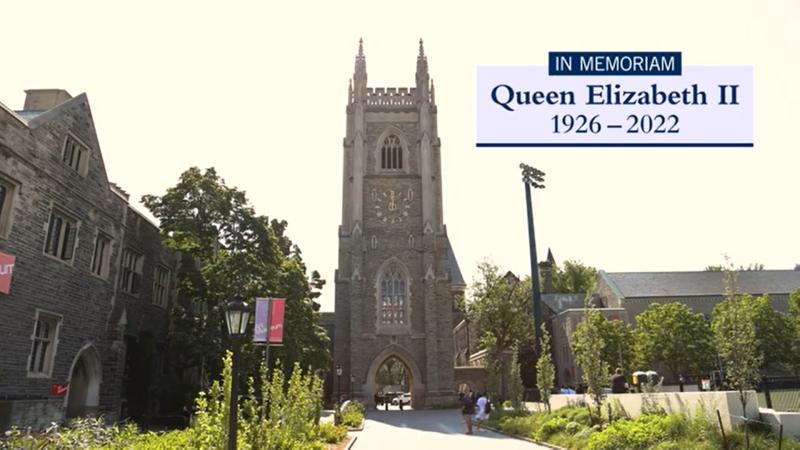 The carillon bells on the University of Toronto’s St. George campus sounded in solemn remembrance of Her Majesty Queen Elizabeth II at noon on Friday.

First, Roy Lee (JD 2004), a U of T carillonist, and his former students and certified carillonists Elisa Tersigni (MA 2009, PhD 2018) and Naoko Tsujita (MMus 2018), all U of T alumni, rang the four-ton bourdon – the largest bell of the 51-bell carillon housed in Soldiers’ Tower – 96 times to signify the Queen’s age when she passed away at Balmoral Castle in Scotland one day earlier.

Following the tolling of the bourdon, Lee, who has been a U of T carillonist for 20 years, played the royal anthem and O Canada as roughly 100 people gathered outside Soldiers’ Tower to listen.

The anthems were arranged for carillon by Gordon Slater, former Dominion Carillonneur of Canada.

Lee said the fact the carillon is housed in the Soldiers’ Tower – which commemorates U of T community members who served in the World Wars – added special poignancy to the tribute.

“As a teenager during the Second World War, Elizabeth was an active-duty member of the same allied forces that included U of T alumni, students, faculty, librarians and staff – some of whose names are inscribed in the walls at the base of the tower,” said Lee. “Their sacrifice and service to others set an example to all of us: the torch is now ours to hold high.”

“As someone who immigrated to Canada from Hong Kong as a young child, Queen Elizabeth II was, for my family, a visible symbol of the shared Commonwealth ties that made the transition a bit easier.” 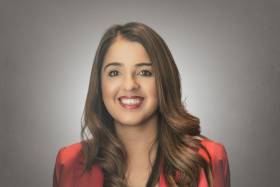