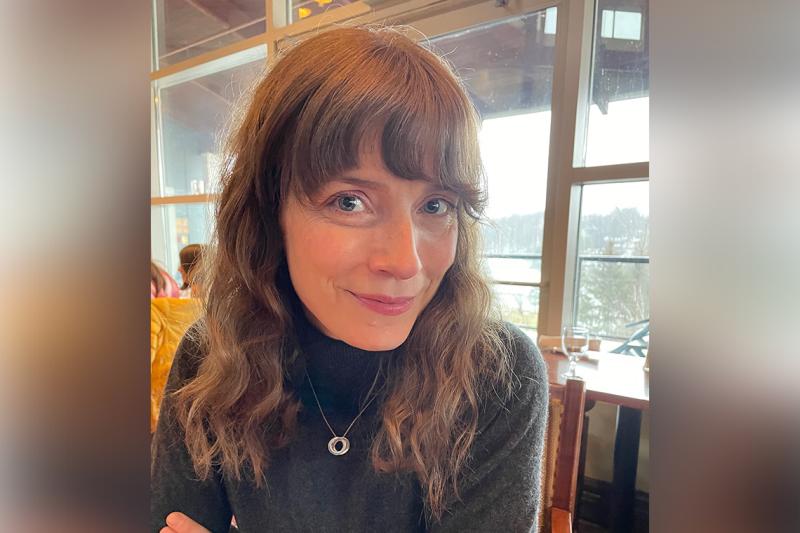 Library and archives grad Elizabeth Kalbfleisch says her film is meant to be a conversation starter, helping draw attention to the challenges immigrant women with STEM credentials face in Canada (photo courtesy of Kalbfleisch)

As a master's student in the University of Toronto's Faculty of Information, Elizabeth Kalbfleisch (MI 2022) teamed up with a professor and an entrepreneur to help communicate their research through a short animated film.

Kalbleisch remembers being angered by the findings of a report by Professor Nadia Caidi and Saadia Muzaffar, founder of TechGirls Canada, that focused on 74 STEM-educated, immigrant women who were unable to find work in their fields due to obstacles facing them in the job market – although they were actively recruited as highly trained workers.

“The results were so stunning to me,” says Kalbfleisch who took Caidi’s course on communities and values during her first semester in the fall of 2020. “I wanted people to know about this and not for it to roll over as just another headline about the challenge of the immigrant experience.”

We thought if we could make something beautiful, it might grab people’s attention

A grant from the Mitacs Accelerate program enabled Caidi and Muzaffar to hire Kalbfleisch to share the story of their research beyond the traditional academic channels. Together, they settled on making an animated film.

“We thought if we could make something beautiful, it might grab people’s attention,” Kalbleisch says. “The film is meant to be a conversation starter, a way to get people talking about these issues. For many people watching a five-minute video online is easier than reading an 80-page report.”

Aesthetics were hugely important to Kalbfleisch, who has taught art history and worked in the museum and cultural sectors. She also wanted the video to convey the message of the research in a nuanced way.

To find an animator, she put out feelers to her network, sending inquiries to everyone she knew, and found Dani Elizondo last summer. “Dani connected with the issues in the film,” says Kalbfleisch, explaining that the two worked closely together to develop the collage look used in the film and to create Maia, its main character. Doing the animation took several months. “It was so painstaking and time-consuming for Dani to do. The labour she put into this was extraordinary,” Kalbfleisch says.

The labour she put into this was extraordinary.

When Kalbfleisch presented the finished product, titled We Were Here All Along, to Caidi’s class in March, it inspired the students to think about what’s known as “arts-based knowledge translation” as another option in their information toolkits. It was also the first time Caidi and Kalbfleisch had met in person despite having interacted virtually every week for months.

The plan now is to use the film to raise awareness and to complement other forms of research dissemination. Its target audience includes employers in STEM industries, immigrant settlement agencies who support newcomers, civil servants and analysts who are designing immigration policy, and information professionals who work at the community level and the broader public.


In their study, Caidi and Muzaffar identified many intertwined issues that are sketched out in the video. “Employers need a better understanding of what their own hiring practices are. Settlement workers are really well-intentioned but their focus is often ‘let’s get a job’ even if it’s not necessarily the right fit,” says Kalbfleisch. “From an information perspective, something is broken in the transmission of information. It does not take into account the variety of contexts that the women operate in.”

I have a more open mind than when I came in.

As the film is rolled out, Kalbfleisch is working on another project with Caidi, funded by the Public Health Agency of Canada, which looks at COVID-19 vaccination and misinformation on digital platforms used by newcomers to Canada.

With convocation just around the corner, Kalbfleisch is excited that her two daughters will be able to watch her receive her degree. She's also looking forward to embarking on an exciting career. “Working on this project showed me that I can do something else with these skills other than working in an archive or a library,” she said. “I have a more open mind towards the kind of opportunities I’m looking for than when I came in.”