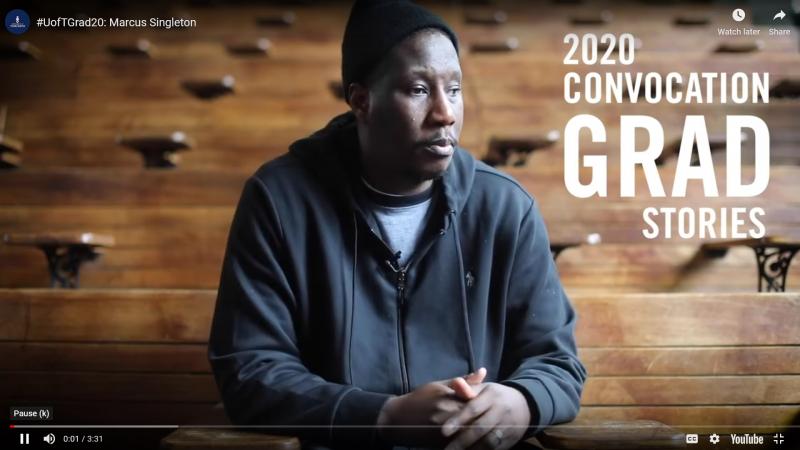 For Marcus Singleton (MEd 2020), graduating with a master’s degree in social justice education from the University of Toronto’s Ontario Institute for Studies in Education (OISE) is just the latest step in his evolution as an activist, artist and educator.

Next up: OISE’s doctoral program in fall of 2020. After that: Bringing new ideas and approaches into schools.

“We have to teach the whole child,” says Singleton, who was chosen by OISE to be one of the student ambassadors representing divisions in the virtual convocation ceremony that aired June 2, 2020.

Helping students find their own voice is crucial, according to Singleton, who is an accomplished hip hop artist from Chicago’s South Side neighbourhood. He followed in the footsteps of his activist mother, who prized education and pursued multiple degrees even as she raised him in a community he describes as “tight-knit” but plagued by violence.

Inspired by educators in the U.S. and encouraged by U of T Assistant Professor Rosalind Hampton, Singleton now wants to pay it forward by working with high school students “so that they could have the same spark, so they could take the baton further than I did.”