Margaret Atwood began writing in early childhood and by mid adolescence knew she wanted to be a writer. The rest of the world is thankful she came to that awakening early on.

She was born in Ottawa in 1939 and by the age of six was writing poems, morality plays and comic books. After she moved to Toronto in 1946, Atwood says “a large invisible thumb descended from the sky and pressed down on top of my head,” turning her into a poet.

Atwood completed her bachelor’s degree at Victoria College and self-published her first book – a collection of poems called Double Persephone. She sold the book for 50 cents each. She won a Woodrow Wilson Fellowship and studied at Radcliffe College in Cambridge, Massachusetts as a graduate student.

Her strong feminist views run through her writing. In several of her books the female protagonist is a representation of “every woman” who is victimized and minimized by gender and politics. Such books include The Edible Women (1969), Lady Oracle (1976), The Handmaid’s Tale (1985), Cat’s Eye (1988) and Alias Grace (1996).

[pquote copy="It is to Victoria College that I can attribute the fact that Bell Canada, Oxford University Press and McClelland and Stewart all failed to hire me in the summer of ’64 on the grounds that I was (a) overqualified and (b) couldn’t type, thus producing in me that state of joblessness, angst and cosmic depression which everyone knows is indispensable for novelists and poets, though nobody has ever claimed the same for geologists, dentists or chartered accountants."]

Many of Atwood’s characters in her novels studied at U of T: Arthur, of Lady Oracle, studied Kant but yearned to switch to political science; In Cat’s Eye, Elaine, on a scholarship, pursued a degree in art and archaeology, so as to reassure her parents that she is not a flighty art student. In The Robber Bride long-time friends Charis, Roz and Tony first met as U of T students. Later, the petite Tony teaches history at U of T, specializing in wars and battles through the ages.

Atwood has received more than 55 awards and 20 honorary degrees. She was a Writer-in-Residence at U of T and is a former president of the Writers Union of Canada and the International PEN in this country. She has also been a mentor to many Canadian writers and participated in the Rolex mentorship program, launched in 2002 to bring together rising stars with distinguished artists already established in their field. 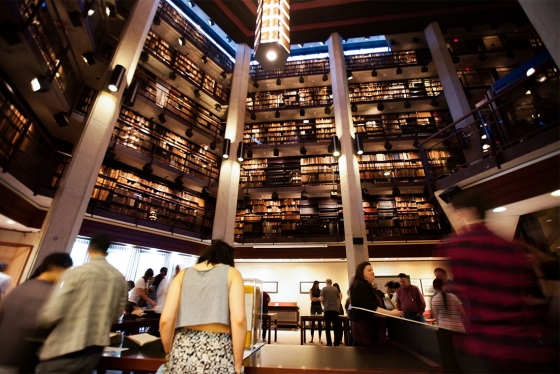