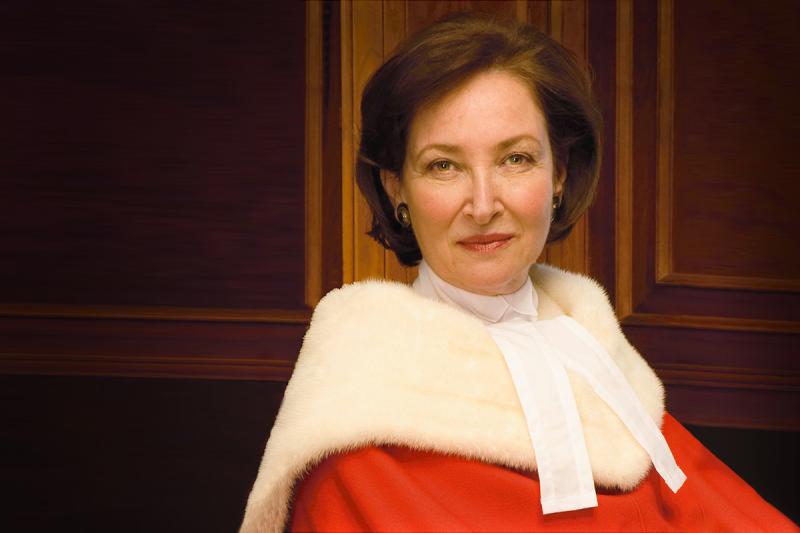 Supreme Court of Canada Justice Rosalie Abella (BA 1967 UC, LLB 1970, Hon LLD 1990) will receive the prestigious Rose Wolfe Distinguished Alumni Award for 2019. The University of Toronto Alumni Association (UTAA) announced her selection at the Annual General Meeting during Alumni Reunion. The new award honours an exceptional U of T graduate who has gone above and beyond in achievement and service to society and has inspired others to do the same.

“The UTAA is proud to announce that the Honourable Rosalie Abella is the recipient of the Rose Wolfe Distinguished Alumni Award,” said R. Scott MacKendrick (BASc 1982), president of the UTAA. “This award represents one of the highest honours the UTAA and the University can bestow. Justice Abella’s life is one of exemplary achievement and contribution. Her pioneering work on equality and discrimination was adopted by the Supreme Court of Canada in its first decision dealing with equality rights under the Charter. She has been committed to improving justice through judicial education, and has served the public in countless other ways. From a displaced persons refugee camp to Canada’s highest court, her life and her life’s work inspire, and fully embody the qualities of Dr. Rose Wolfe.”

Justice Abella joined the Supreme Court in 2004 after an extraordinary career that included her appointment to the Ontario Family Court when she was only 29 years old, and more than a decade on the Ontario Court of Appeal. She was also the first woman in Canada to Chair a Labour Relations Board and Law Reform Commission and is a widely published author and sought-after lecturer in Canada and internationally. Her seminal 1984 report for the federal Royal Commission on Equality in Employment created the term “employment equity,” explored theories of equality and discrimination, and informed government policy not only in Canada but also in jurisdictions such as Northern Ireland, New Zealand and South Africa.

An expert on human rights law, Justice Abella has helped to extend legal protections to vulnerable groups from women and refugees to people in same-sex marriages. She is also a long-time champion of ongoing education for judges and founded groundbreaking judicial seminars as well as a national education program for administrative tribunals, and a national conference for women judges.

The Rose Wolfe Distinguished Alumni Award recognizes not only exceptional professional achievement and dedication to causes that benefit society but also honours individuals whose achievements empower and inspire others. Justice Abella has personally led the way to a more diverse judiciary through breaking multiple barriers: she was the first person appointed to the Canadian judiciary while pregnant, the first person from a refugee background appointed to the judiciary, the youngest judge in Canadian history and the first Jewish woman to sit on the Supreme Court.

Dr. Rose Wolfe (BA 1939 UC, DipSW 1940, Hon LLD 1998, Hon DSacLt 1998 TRIN) served as Chancellor of the University of Toronto from 1991-1997. She had a profound impact as a volunteer, and she was widely respected for her compassion and deep commitment to education, social justice and the arts. A member of the Order of Canada, Wolfe contributed a lifetime of public service, beginning with her efforts as a young social worker to place Jewish children, orphaned by the Holocaust, in Canadian foster homes. She later founded the Chancellor Rose and Ray Wolfe Chair in Holocaust Studies at U of T.

Justice Abella will receive the award at a ceremony in the fall of 2019.