From volunteer to CEO: alumna Eugenia Addy shares her passion for STEM with kids 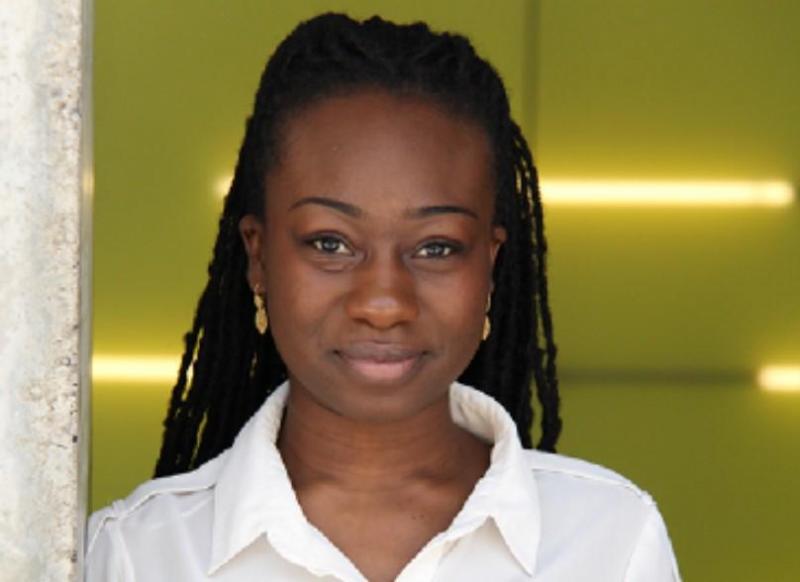 As a U of T Mississauga science student, Eugenia Addy (BSc 2010 UTM, PhD 2015) (formerly Eugenia Duodu) became a volunteer with the Visions of Science Network for Learning, encouraging low-income and underprivileged children to pursue science, technology, engineering and math (STEM).

Today, at 32, Addy is Vision of Science’s CEO. Under her guidance, the non-profit has expanded from four communities to serve 1,500 students in 29 communities, growing its operating budget to $1.2 million from the modest $20,000 when she started. In 2015, Addy helped Visions of Science earn charitable status, which has enabled her to expand the capacity and programming.

Her work has earned her several honours, most recently the Afroglobal Television Excellence Awards’ 2020 Science and Technology Award, RBC’s Women of Influence and the 2021 Life Sciences Ontario Community Service awards.

Among her many accolades, Addy was just named to the Board of Trustees at the Ontario Science Centre.

“[When lockdowns began], we immediately assessed how everyone was doing. That catalyzed a dialogue  to see what the community really needs”

Working to dispel the idea that STEM is ‘hard, boring and scary,’ Visions of Science offers free programs for kids grades 3 to 8 across the GTA, including a weekly club where students can join mentors for hands-on workshops in their apartment buildings. It also offers camps, and connections to U of T’s summer mentorship program and engineering summer academy.

In addition to STEM, participants learn about leadership and personal development.

Visions of Science has adapted for lockdown, helping students deal with barriers such as slow internet, limited bandwidth, shared laptops, lack of dedicated space at home, and having to babysit younger sibling. Programs are using Zoom, educational videos and even mailing out STEM activity boxes to keep kids motivated at home.

“We immediately did a lot of community assessment, to see how everyone was doing,” says Addy. “That really catalyzed a dialogue for us to see what the community really needs.”

Addy says her desire to encourage underprivileged students comes from her own childhood in Toronto Community Housing in Etobicoke, where she grew up with a love of science shows like Bill Nye the Science Guy and Magic School Bus, building volcanos in the kitchen and constantly asking ‘Why.’ Her mother, an accountant, encouraged her STEM literacy.

“My mom really equipped me and affirmed me in my educational journey,” Addy says. “She was very intentional in creating an environment where I felt as though I could succeed despite what others might say or impose on me.”

But, once she got to school, although she had good grades, Addy says she was labelled a student with an ‘attitude’ because her enthusiasm led her to talk too much. This quashed her confidence. In retrospect, she says she believes what she and other Black female students were experiencing was internalized racism.

Increasingly reluctant to stand out for fear of more negative response from teachers, her passion for science began to fade and she instead turned her energy to sports, earning awards for soccer, basketball and track.

“Luckily, I had really significant people placed at the right times in my life that turned roadblocks to pathways”

“My journey to STEM was a long, long process and there were many areas that were roadblocks for me,” she says. “Luckily, I had really significant people placed at the right times in my life that turned those roadblocks to pathways for me.”

Her interest in science was reignited after a Grade 9 teacher spotted her potential and convinced her to enrol in a Grade 10 microbiology course, which linked her to another supportive teacher.

“That teacher in particular was very cognizant of the systemic barriers, that I was a young Black female, and didn’t ignore them, but addressed them head on and made sure I got support,” says Addy. “I think it important not to ignore those things, but to try to understand.”

Once on the U of T path, she earned both an honours bachelor degree in chemistry and biology and a PhD in chemistry, earning her doctorate in 2015.

“There are no limits. And One thing that is really important is that when you open a door for yourself, leave it open for others”

Heading up Visions of Science may not have been her original career plan, but she says its combination of community service and science makes use of the skills she learned, especially the scientific method, which includes learning which things don’t work and building on successes.

“It’s been fun to see how that translates into the work I do, in really trying to make a difference,” she says.

And, she adds, Visions of Science has some advantages over lab work.

“Do I miss washing glassware?” she says, with a laugh. “No, I’m probably OK.”

Currently on maternity leave, Addy is looking forward to passing along what she has learned to her son.

“I really want to impress on him that, despite what people say, despite what he faces, there are no limits and I would point him to many examples of those who have gone before him,” she says. “And one thing that is really important is that when you open a door for yourself, leave it open for others. It is not just about you and your accomplishments — it’s about what you can do for your community and those around you.”