By with files from Tina Adamopoulos 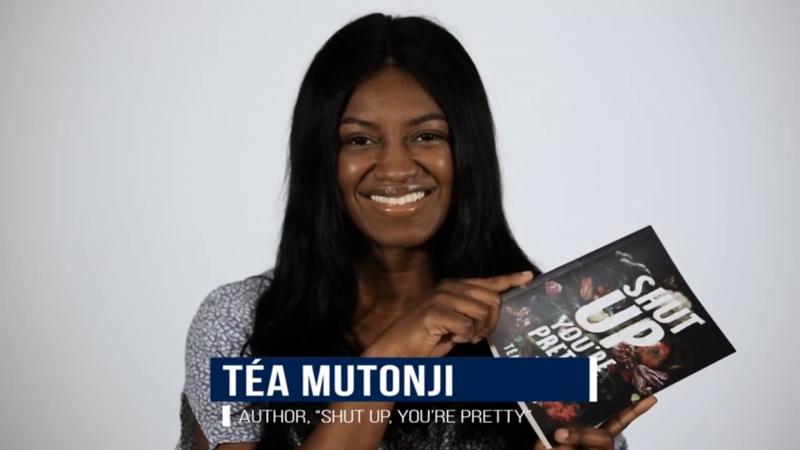 Her book has deep roots in U of T Scarborough—and now U of T alumna Téa Mutonji  has won Ontario’s highest literary honour for Shut Up, You’re Pretty. Mutonji has been named the 2020 winner of the Trillium Book Award.

Mutonji moved to Scarborough from Congo with her family in 1999. She volunteered at shelters in the city throughout her undergraduate education and has worked in the service industry since she was 14. In these jobs, she has been a part of many conversations and observations about “finding your space as a woman.”

“There was this connectivity throughout all of our stories and I thought, ‘How wild is it that we’ve all had a similar experience and so few people talk about them?’” Mutonji told UTSC when Shut Up, You’re Pretty was first published in 2019.

Mutonji is changing that. She wrote Shut Up, You’re Pretty while completing her minor in creative writing at U of T Scarborough. The book is a collection of short stories linked by one main character and was inspired by listening to other women in her Scarborough neighbourhood, Galloway.

“I find that my experience and that of a lot of people that have grown up in Scarborough, is not as terrible or as sad as the world makes it out to seem, so that is something that motivated me,” Mutonji told UTSC in 2019.

Each chapter of the 176-page collection follows the protagonist, Loli, and her journey into womanhood –– including moving to Canada from Congo as a child, to her experiences leading up to early adulthood. The stories illuminate her sexual exploration, struggle to fit into gender roles, and topics of poverty and consent.

“I find we usually get these experiences by a white perspective and we forget that despite being a white protagonist, it can also happen to a person of colour,” Mutonji told UTSC. But Scarborough literature shouldn’t necessarily be regarded to as the “diverse part of Canadian literature,” but rather the “under looked part of literature,” she said.

“Diversity to me is both an empowering and damaging concept,” she said. “It insists on an "other" but it also recalls that there's been a quintessential form of voices and there needs to be a more wide range of it.”

Above all, Mutonji said, “I hope this book is a reminder that life is great and crazy and messy. Treat each other with kindness, because you don’t know the story behind someone.”