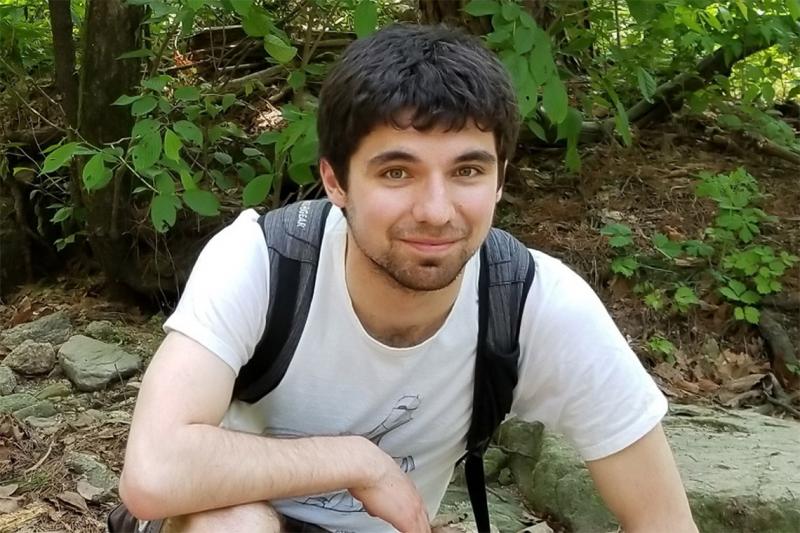 Erik Etzler (MSc 2019) stumbled upon Stylogaster neglecta, first described in 1890, while cleaning the lab. He says few had studied it over the past century (photo courtesy Eric Etzler)

A new University of Toronto Mississauga study reveals a dramatic, gruesome and deadly battle for survival quietly playing out on the campus fields.

Erik Etzler (MSc 2019), who recently graduated with a master’s degree in ecology and evolutionary biology, has found that the common tree cricket – best known for its soft, buzzing musical notes during long, warm summer evenings – is an unwilling host to a lethal parasitic fly.

A native fly known as Stylogaster neglecta, which is part of the parasitoid family Conopidae, is roughly the size of a mosquito, with a similar body shape, Etzler says. Researchers knew the fly was parasitic, but it was Etzler who recently uncovered which insect the fly is using as a host.

Only one cricket made it to adulthood before dying

Using a tube-like organ, the fly stabs a nymphal cricket, embedding eggs into what Etzler describes as teenage crickets in their third or fourth molt. He says the young crickets look fine after the eggs have been embedded into them.

But inside is a larva that, over time, feeds on the viscera of the immature cricket. Then, like a gruesome scene from a science fiction film, a fly maggot emerges from the abdomen of the cricket, killing its host in the process.

And it’s not just a few crickets that find themselves an unwilling carrier to a parasitic fly. Etzler found that 40 per cent of the crickets he netted at U of T Mississauga’s old field had eggs embedded in them, meaning there is a 40 per cent mortality rate among the campus’s young cricket population.

Curious if the phenomenon was localized, Etzler expanded his study to include three other sites. He netted crickets at sites in Cambridge, Ont., King City, Ont., and Albany, NY. He found young crickets carrying the fly larva at each of those sites as well.

Only one cricket, he says, made it to adulthood before dying. He suspects it’s because it was “stabbed late.”

“It’s a dramatic world out there”

Etzler’s study, published in The Canadian Entomologist, is the first to reveal that this fly parasitizes tree crickets.

Etzler says that he finds it bizarre how little was known about this fly. It was first described in 1890, he notes, yet no one learned much more about it in 100 years.

“It’s shocking how poorly we understand it,” says Etzler, who first stumbled across the fly while cleaning up the lab.

He explains that he found dozens of flies that had come out of crickets collected by graduate students decades earlier. The flies were identified and left in a box.

Almost 20 years later, Etzler, who had been looking for a master’s project, decided to tackle the packed-away mystery.

His research has shed new light on an environment where “bizarre things” happen.

“It’s a dramatic world out there,” he says. 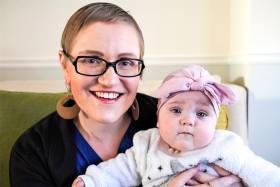