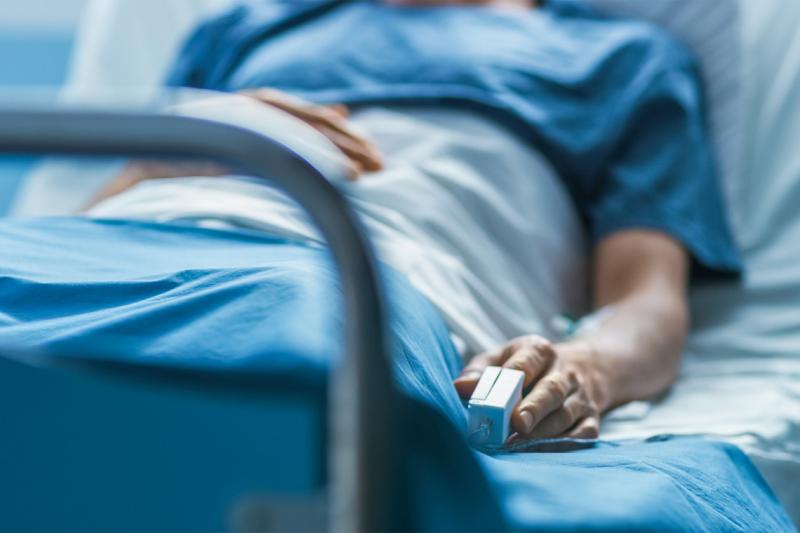 Sleep is an integral part of the recovery process, but can be difficult to come by in the intensive care unit (photo by iStock)

Getting a restful night’s sleep in the intensive care unit (ICU) can be difficult for many patients thanks to beeping machines, check-ups by nurses, medication rounds and the ever-present glare of fluorescent light. At times, rest is the most difficult thing to come by when you’re critically ill.

But sleep is an important and integral part of the recovery process. Improved sleep can decrease the length of a patient’s stay in hospital, decrease time on a ventilator and reduce susceptibility to neurocognitive issues such as delirium.

Stuart Douglas (MD 2013), an emergency physician and intensivist and a recent graduate of the University of Toronto’s Institute of Health Policy, Management and Evaluation, has developed a quality improvement initiative at Kingston Health Sciences Centre that promotes better sleep for patients in the ICU. The project was recognized with the Harry and Rose Perlstein Award, which is presented to a student whose research has the potential to improve health-care services for patients in long-term and acute care settings.

“After admission to the ICU, patients are often at risk of developing post-ICU syndrome, which comes with a constellation of functional limitations that can last a lifetime,” says Douglas, adding that some of the limitations are physical, involving decreased work capacity and muscle fatigue, while others are neurocognitive and can include a range of psychiatric issues.

“There is evidence to suggest that improving sleep for patients in the ICU can lower their risk of developing these conditions – not only improving their quality of care, but helping them obtain positive health outcomes and quicker release from hospital.”

During his observations in the ICU and through focus groups, Douglas found two main barriers affecting sleep promotion.

“Delayed downgrading” of a patient can result in prolonged and frequent nursing assessments overnight, disrupting sleep. For example, the first 24 hours after ICU admission for an acute trauma patient might require hourly neurological assessments, although the frequent checks can usually be reduced over the next few days of a patient’s stay.

An additional barrier was directly related to a sense of stigmatization among nurses. In focus group discussions, some nurses revealed they were uncomfortable interacting with patients less frequently overnight.

“Some nurses mentioned a fear of being stigmatized or seen as lazy and less capable if they were not actively managing patients overnight,” says Douglas.

“It sounds almost silly to talk about sleep when you are dealing with a person on a ventilator and a bypass pump, but I’m hoping that will soon change”

First, he encouraged nurses to reference the sleep of their patients during morning rounds using the Richard Campbell Sleep Questionnaire. This rating scale helps evaluate sleep on a scale of 100, with higher scores indicating better sleep. It is also more conducive to unit-wide initiatives.

While nurses were likely to fill out the questionnaire, Douglas found the main challenge was getting consistent discussion about a patient’s sleep to be included during morning rounds with the attending physician.

“I tried to make it mandatory, but that didn’t work, so I tried to encourage it through education, speaking often about the benefits of improved sleep,” says Douglas, who graduated with a master’s degree in quality improvement and patient safety.

“The concept of QI [quality improvement] methodology is still novel to this unit – and in the climate of critical care, sleep just isn’t a popular topic compared to other high-tech interventions. It sounds almost silly to talk about sleep when you are dealing with a person on a ventilator and a bypass pump, but with the growing movement in this area of research I’m hoping that will soon change.”

Despite the challenges, Douglas’s education initiatives around the benefits of sleep have taken hold among some of the ICU nurses – so much so that they developed an initiative on their own.

In the ICU unit, special posters have been put up. One side is labelled “sleep zone,” meaning a patient with this poster on their door should be allowed to rest. The other side includes a list of best practices for nurses, doctors and family to help improve sleep for ICU patients.

“The beauty of this poster initiative was that it was completely nurse-driven, designed and implemented, which meant the uptake was higher and they were vocal about utilizing it,” says Douglas.

While Douglas’s efforts have yet to completely improve sleep in the ICU unit at Kingston Health Sciences Centre, the initiatives are still in place. With more time and continued education around the benefits, Douglas is confident there will be a significant shift in thinking and improvement in patients’ sleep.

“The health system is only as good as you allow it to be,” says Douglas. “It’s the responsibility of health-care workers to make sure it is functioning as best it can, to look at patient safety with a forward-thinking lens and emphasize a health system approach.”