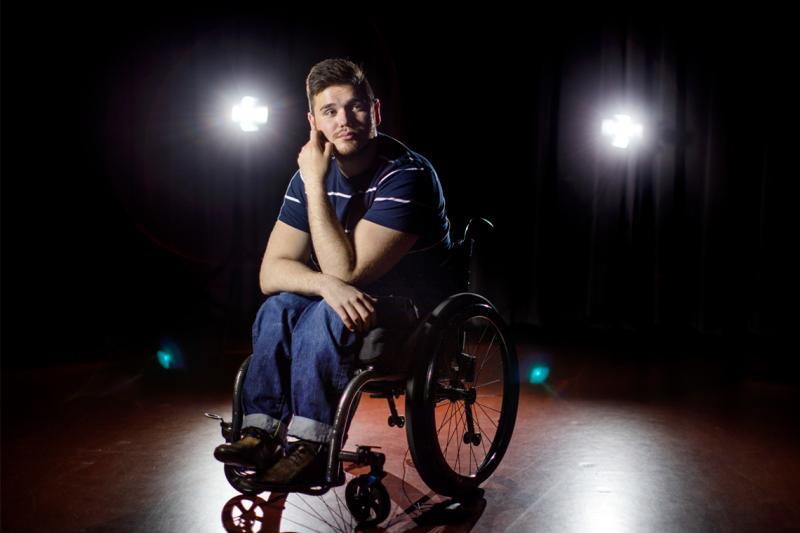 University of Toronto alumnus George Alevizos (BA 2019 UTM) wants to ensure actors with disabilities are supported and represented in the Canadian entertainment industry.

Alevizos, who uses a wheelchair, is working with ACTRA, the Canadian actors’ union, to audit the accessibility of casting facilities in Toronto.

His efforts were highlighted in a recent report on CBC’s The National, which looked at how the entertainment industry is becoming more inclusive – particularly for people with disabilities.

Read more about U of T alumnus George Alevizos

A recent graduate of theatre and drama studies – a joint program between U of T Mississauga and Sheridan College – Alevizos has found success on screen with appearances in Star Trek: Discovery and a starring role in a Hallmark commercial.

"I feel like the more representation we see, the more willing people are to go out and work on their craft,” Alevizos told the CBC.