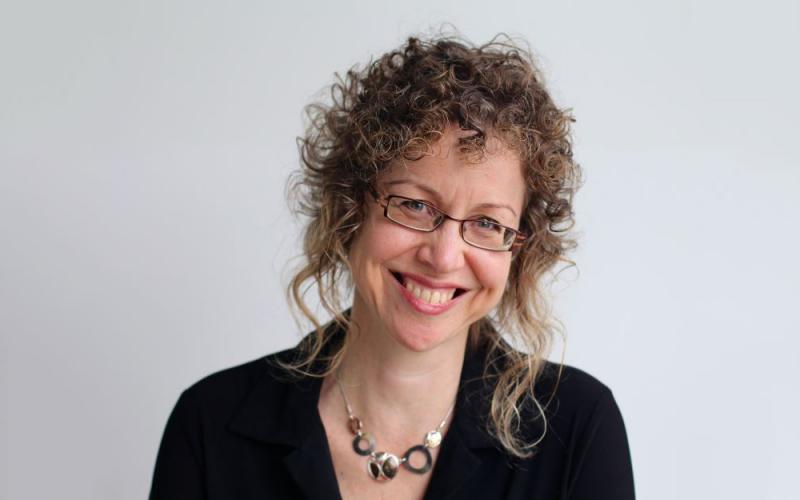 Thanks to her groundbreaking interdisciplinary work and the innovative ways she’s found to share her research with students, Professor Andrea Most has won the 2016 Northrop Frye award in the individual category. This honour recognizes outstanding teaching that succeeds in conveying the importance – and excitement – of research to students at the University.

A wonderful example of this is Professor Most’s literature class studying Babette’s Feast, the classic novella by Isak Dinesen. The book explores love, redemption and the human condition through the story of a refugee cook who, when she has a chance to return to her homeland, instead brings her homeland to the people who took her in by creating a magnificent dinner. What makes this class unique is that while the class discusses these themes, they also prepare, serve, and eat an incredible meal including dishes they have never tried before.

Her students agree enthusiastically. They affirm they have never absorbed academic material so well – and point out that her courses are some of the most intellectually rigorous they have engaged in. In a graduate literature seminar, Professor Most challenged the class to study the map-heavy, post-apocalyptic novel The Road by Cormac McCarthy. The students created a scavenger hunt in which they mapped survival resources along St. George St. The ensuing classroom conversation on maps and narrative function was “raised to a totally different level,” says Most.

Professor Most’s colleagues consider her one of the department’s best teachers, thanks not only to her pioneering classroom style but also to the scholarship she shares through her lectures. Her wide-ranging interests lend enormous breadth to her research and insights, they say – combining fields of thought in new ways to essentially create new schools of research, such as the way she has recently explored the environmental movement, especially sustainable food, in Jewish culture.   Students are equally effusive about Professor Most’s teaching skill, remarking that she is a lifelong learner who is responsive to classroom innovation and who constantly pursues new and inventive ways to teach familiar material.

Most recently, she has begun studying the links between the stories we tell about our environment and those we tell about our bodies; her forthcoming book is tentatively titled A Pain in the Neck: an Eco-Critical Memoir. The humanities have an important role to play in solving climate change, she says, and her method of engaging students on several levels is a key piece of the puzzle.

Scientific discoveries about the fact of climate change and the potential solutions are enormously important, she says. But scientists haven’t been as successful in understanding why people are so slow to act on their information. “That’s where the humanities comes in,” she says. “What really shapes the way we live our lives is the stories we tell about who we are, about what it means to live a moral life, or a successful life. And what I’m asking my students to do in every class I teach is to take on the responsibility of telling new stories. Only by doing that do we even have a prayer of making real change.”

The Northrop Frye Awards, one awarded to an individual faculty member and one to a department or division, are presented each year under the banner of the Awards of Excellence, a program recognizing the outstanding members of the University of Toronto community who have made rich and meaningful contributions to the University, their communities and to the world.

Professor Andrea Most and the other 2016 Awards of Excellence recipients will be honoured at a recognition event on May 4.