U of T alumni, faculty, and supporters named to Order of Canada 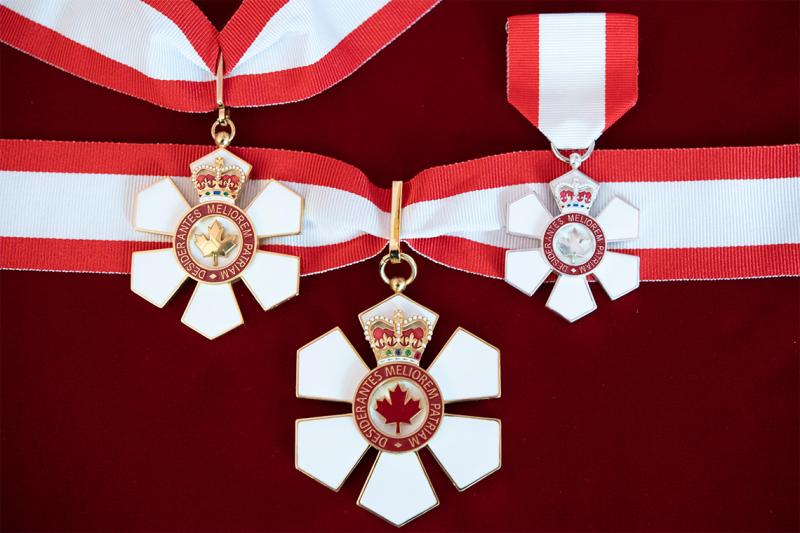 More than a dozen University of Toronto researchers, professors, alumni and supporters have been recognized with an Order of Canada, the country’s highest civilian honour.

Two U of T community members were promoted to Companion, the Order’s highest rank. They are Peter Howard Russell (BA 1955 TRIN, Hon LLD 2001), a professor emeritus of political science and former principal of Innis College, and Frank Hayden (Hon LLD 1999), an honorary degree recipient and former U of T researcher who led the Special Olympics movement.

Other prominent U of T community members named to the Order in the most recent cohort include: Aled Edwards, a professor of medical of biophysics who is a global leader in open science research; Germaine Warkentin (BA 1955 UC, PhD 1972), a visionary scholar and professor emeritus of English; Zane Cohen (MD 1969), a professor of surgery who broke new ground in the field of colorectal surgery; and Ajay Agrawal, a professor of entrepreneurship who founded the Creative Destruction Lab.

“Those being appointed today come from a variety of sectors, have achieved national and international success, and have shown ingenuity, innovation and generosity,” Gov. Gen. Mary Simon said in a statement that accompanied the 89 new appointments and promotions.

“What’s more, they have made a difference in their communities and for Canada with their outstanding dedication and commitment.”

Created in 1967, the Order recognizes individuals for their outstanding achievements, dedication and service to the country.

Here is a list of U of T faculty, alumni, supporters and friends who were appointed to, or promoted within, the Order of Canada in the latest round.

Ajay Agrawal, a professor of entrepreneurship at U of T’s Rotman School of Management, was named a Member of the Order for “his visionary leadership as an educator and entrepreneur, and for his mentorship of students and aspiring business owners.” He’s the founder and academic director of the Creative Destruction Lab, a not-for-profit program for early-stage, science-based companies. Agrawal is known for his research on the economics of artificial intelligence, science policy, entrepreneurial finance and geography of innovation.

Zane Cohen (MD 1969), a professor of surgery at U of T’s Temerty Faculty of Medicine, was named a Member of the Order for his “innovative surgical methods in the field of colorectal surgery and for his leadership in the treatment of gastrointestinal diseases.” A U of T alumnus, he graduated from what is now the Temerty Faculty of Medicine in 1969 and completed his general surgical residency in the Gallie Program at the university. He rose through the ranks at U of T and its partner hospitals, developing innovative surgical techniques that have helped thousands of patients afflicted with Inflammatory Bowel Disease and colorectal cancer.

Aled Edwards, a professor in medical biophysics in the Temerty Faculty of Medicine, was named an Officer of the Order for “advancing Canada’s global reputation as a leader in open science research by founding the groundbreaking Structural Genomics Consortium.” The consortium is a research organization that’s focused on sharing scientific knowledge in order to accelerate the development of new life-saving drugs and other treatments. As its chief executive, Edwards leads the consortium’s six laboratories around the world.

Gary Levy (BSc 1969 NEW, MD 1973), a professor emeritus in the department of medicine in the Temerty Faculty of Medicine, was named a Member of the Order for his “leadership and pioneering innovations as the former medical director of the Multi-Organ Transplant Program at Toronto General Hospital.” A U of T alumnus, Levy has made outstanding contributions to the study of liver disease, and is currently seeking a way to achieve immunological tolerance that could allow patients who have undergone solid organ transplant to discontinue their long-term immunosuppression therapy.

Peter Howard Russell (BA 1955 TRIN, Hon LLD 2001), a University Professor Emeritus in political science in the Faculty of Arts & Science, was promoted to Companion for his “extensive and enduring contributions to Canadian society as an internationally renowned political scientist, scholar and educator.” A Trinity College alumnus and U of T honorary degree recipient, Russell was the principal of Innis College in the 1970s, authored several books and is best known for his contribution to research into the administration of justice in the country.

Germaine Warkentin (BA 1955 UC, PhD 1972), a professor emeritus of English, has been named a Member of the Order for her “lifelong devotion and contributions, as a visionary scholar and educator, to the global history of the printed book.” A U of T alumna, Warkentin’s writing and editing interests are in Renaissance studies, early Canadian exploration texts, modern Canadian poetry and criticism, and book history.

R. Jamie Anderson (BCom 1976 TRIN), senior advisor at RBC Capital Markets and director of the Centre for Addiction and Mental Health (CAMH) Foundation Board, was named a Member of the Order for his “leadership in Canada’s investment banking sector, and for his far-reaching volunteer service in youth education and mental health.” A U of T alumnus, he holds a bachelor of commerce degree.

Naomi Sara Azrieli, chair and CEO of the Azrieli Foundation, was named Officer of the Order for her “leadership in business and for contributing to health care, science, education and the community through her family’s foundation.” The Azrieli Foundation – founded in 1989 – has made significant contributions to supporting brain health research, including the creation of the Azrieli Centre for Neuro-Radiochemistry at CAMH.

William Foster Clark, a professor of medicine at Western University, has been named a Member of the Order for his “extensive research in the field of nephrology and for his leadership following the contamination of the municipal water supply in Walkerton, Ontario, in 2000.” Clark did his internship in internal medicine and nephrology at U of T in the 1970s.

Madeleine Féquière, the corporate credit chief for Domtar’s worldwide operations, has been named a Member of the Order for her “distinguished career in the field of corporate credit risk management and for her mentoring of diverse talent in management.” In 2017, she completed the ICD-Rotman directors education program at U of T.

Frank Hayden (Hon LLD 1999), who received an honorary degree from U of T in 1999, was promoted to Companion of the Order for “promoting and advocating the transformative effect of sport on the mental, physical and social well-being of people with intellectual disabilities.” He is a pioneer of the Special Olympics movement due to his groundbreaking research – some of which began at U of T.

G. Ross Peters (BASc 1962), a renowned engineer, has been named a Member of the Order for his “multiple contributions to engineering, notably in education and regulation, that have advanced the profession at the provincial, national and international levels.” He holds a bachelor’s degree in electrical engineering from U of T.

Sandra Pitblado (BA 1983 WDW), director of the Stratford Festival Endowment Foundation, has been named a Member of the Order for “supporting Canada’s performing arts through her passionate volunteerism, beloved mentorship and generous philanthropy.” A U of T alumna, Pitblado and her husband have been longtime supporters of the university.

Guy Jacques Pratte (MA 1979, LLB 1982), a partner at the Canadian law firm Borden Ladner Gervais LLP, has been named a Member of the Order for his “contributions as a lawyer, notably to the pro bono movement, and for his volunteer commitments to the performing arts.” He graduated from U of T with a law degree and a master of arts in philosophy. He has been a guest lecturer and an adjunct professor at the Faculty of Law.

Sister Bernadette Mary O’Reilly (BA 1965 SMC, MDiv 1976 SMC) has been named a Member of the Order for her “leadership of Rossbrook House and for her commitment to youth in Winnipeg through education, social leadership and reconciliation initiatives.” She holds two degrees from from St. Michael’s College.

Joel Reitman, president of global investment firm Jillcy Capital Corp., has been named a Member of the Order for his “advocacy of Jewish identity in Canada, and for his generous philanthropy and support for leading neurological institutes.” He is a member of the steering committee at U of T’s Tanz Centre for Research in Neurodegenerative Diseases.

Martin T. Schechter (PGMT 1983, MSc 1984), epidemiologist and professor at the University of British Columbia, was named a Member of the Order for his “groundbreaking research in HIV/AIDS treatment protocols and for his leadership in the development of numerous leading-edge health institutes.” He received a master of public health in epidemiology from the Dalla Lana School of Public Health.

Jan Zwicky (MA 1977 in philosophy, PhD 1981), philosopher, poet and musician, has been named a Member of the Order for her “contributions to Canadian poetry and philosophy, and for her work as an educator and editor.” A U of T alumna, Zwicky holds two degrees in philosophy from the university.

Did we miss anybody? If you know of an Order of Canada honouree with ties to U of T who was announced on June 29, 2022 but isn't mentioned above, please let us know at uoftnews@utoronto.ca. 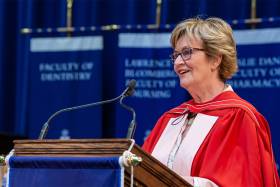