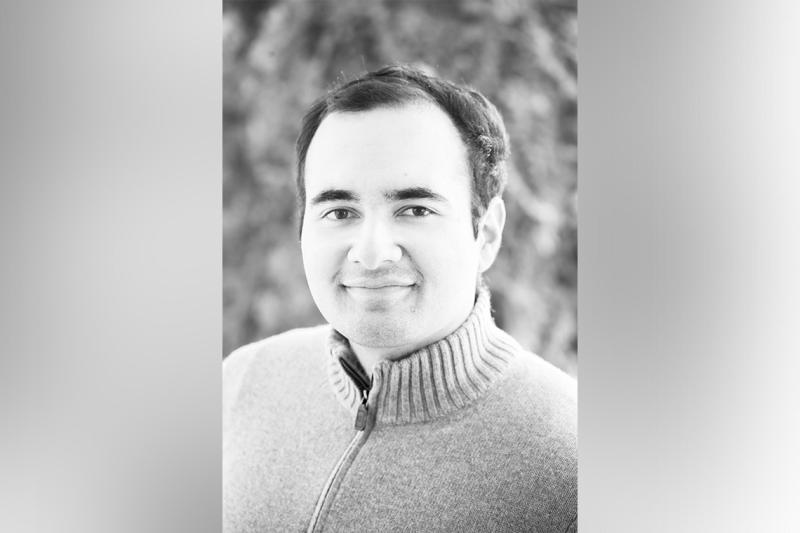 Mohammad Asadi-Lari, an MD/PhD student, was among the eight U of T community members who died in the Ukraine International Airlines Flight PS752 disaster in 2020 (photo supplied)

Mohammad Asadi-Lari’s memory loomed large at an event this week for the University of Toronto’s Temerty Faculty of Medicine graduates, who named the MD/PhD student their valedictorian  posthumously.

Asadi-Lari and his sister, Zeynab Asadi-Lari, a fourth-year biology student at U of T Mississauga, were among eight U of T community members who died aboard Ukraine International Airlines Flight PS752 on Jan. 8, 2020. The pair had been travelling back to Toronto after visiting family in Iran when the plane was shot down by an Iranian surface-to-air missile shortly after taking off rom Tehran. In all, 176 people were killed, including 55 Canadian citizens and 30 permanent residents.

Graduating MD class co-presidents Maria Leis and Christopher End announced the honour for Asadi-Lari during an annual pre-convocation event at Convocation Hall. There was also a video tribute featuring comments from many of Asadi-Lari's friends and classmates, as well as clips from Asadi-Lari’s October 2018 Ted Talk about youth empowerment and other interviews.

Seeing how Moh lifted others up continues to inspire me

Leis and End met Asadi-Lari when he served as vice-president, global health at the U of T Medical Society (MedSoc). In the position, Asadi-Lari advocated for matters of international aid and equity related to human health.

The class co-presidents say “Moh,” as he was known to friends, was a kind, caring person who would go out of his way to help his classmates.

“I remember Moh staying in the anatomy lab, long after class had ended. We all needed to study, but if there was anyone struggling with the material, he made time to help his classmates succeed,” says End. “By extension, while working with MedSoc, I saw how he shared opportunities with other students to ensure everyone had a chance to gain valuable experience.

“Seeing how Moh lifted others up continues to inspire me.”

Upon learning of Leis’s interest in working with the United Nations Entity for Gender Equality and the Empowerment of Women (UN Women), Asadi-Lari used the network he'd formed in his role as a youth adviser with the Canadian Commission for the United Nations Educational, Scientific and Cultural Organization (UNESCO) to help her connect with the agency.

“For someone with such an expansive resume, Moh was down-to-earth. You wouldn’t know he’d worked internationally and that he’d achieved so much before beginning medical school. Where he could, he used those experiences to help others reach their own goals,” says Leis.

Asadi-Lari was especially passionate about youth empowerment and co-founded STEM Fellowship, a youth-led non-profit organization that uses mentorship and experiential learning to equip young people with skills in data science and scholarly writing.

Professor Nicola Jones, director of the integrated physician scientist training program, came to know Asadi-Lari over the two years he spent in the program.

“In his too short time with us, Mohammad made a remarkable impact,” she says. “He was a friend to all who were fortunate enough to meet him and will be remembered for his commitment to innovation and making positive change both locally and beyond. We will always hold him in our hearts and his legacy as a change-maker will continue to live in our program.”

In the years prior to his death, Asadi-Lari was also involved in other organizations, including the Canadian Institutes of Health Research, the Canadian Red Cross, Science World British Columbia, the civic-engagement group ‘Apathy is Boring’ and the World Economic Forum.

Mohammad truly would have changed the world

“Mohammad was an outstanding and inspirational leader, as well as a caring and compassionate colleague and friend to many in his class and beyond. He truly would have changed the world. We must work together to honour his legacy and ensure that his vision and values live on,” says Patricia Houston, vice-dean, medical education at the Temerty Faculty of Medicine.

An award in the siblings’ names, established by Asadi-Lari’s friends and colleagues, was also presented to Tina Binesh Marvasti during the ceremony. It recognizes an MD/PhD student who has demonstrated excellence in innovation and brought about positive change.