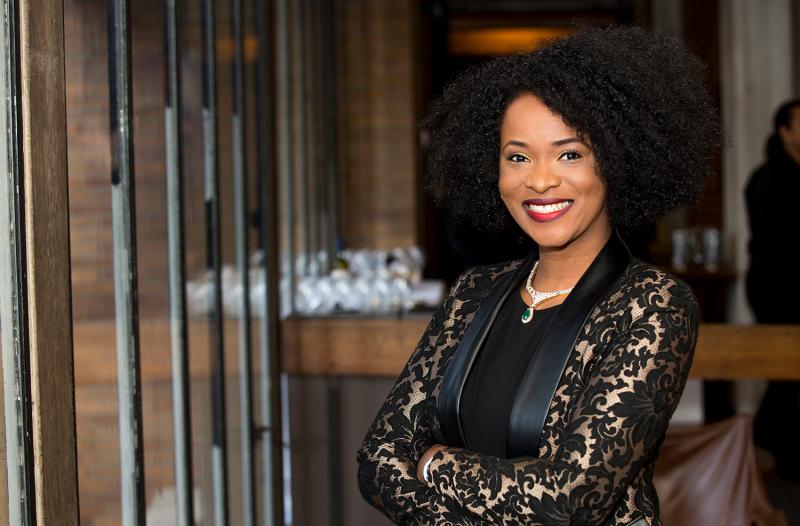 Chizoba Imoka, a doctoral student at the Ontario Institute of Studies in Education, has been awarded U of T’s Adel S. Sedra Distinguished Graduate Award, an honor bestowed annually on a graduate student who excels both academically and in leadership.

Imoka has ambitions to change Nigeria’s school curriculum, which is currently based on Western knowledge systems and does not take into account indigenous knowledge(s), the socio-political context, and the history of Africa. She sees the need for the country’s education system to become culturally relevant, reflective and responsive to the democratic aspirations of Nigerians as the first necessary step in a wider social reform. For her, this is one way to provide young Nigerians with the context and feeling of engagement they need to tackle inequalities and socio-economic difficulties. “I think this education reform that I’m pushing for would contribute to the democratic transformation of the country.” she says.

Imoka’s scholarship and leadership on this issue has already been impressive. She has created a successful curriculum that helps young Nigerians explore and document their history through a trans-disciplinary lens that begins with their pre-colonial history. Her professors praise not only her passion and determination to tackle big, important issues, but also her ability to think clearly and critically and understand alternate points of view.

In 2006 Imoka founded Unveiling Africa, a nongovernmental organization that provides a platform for African youth to effect change through civic engagement, political advocacy and community service. The organization offers leadership conferences, scholarships, and encourages Nigerian teenagers to participate in community building through political education meetings, soup kitchens and fundraisers for social causes. For her work with Unveiling Africa, she was awarded the Selfless Hero Award in 2013 by the nonprofit Selfless4Africa. In 2012, she was also nominated for the Nigerian Future Awards.

At U of T, Imoka devoted her master’s thesis to researching a successful African centered curriculum used at the African Leadership Academy in South Africa. She served on OISE’s Comparative International Development Education Student Association, and is currently a Junior Fellow at Massey College where she is the co-chair of the Diversity Committee. Imoka has provided leadership for diversity efforts at Massey College since April 2014. Among its mandates, the committee works to create more inclusive admission policies and programs at the College, and has paved the way for Massey’s first Black History Month celebration amongst other achievements. She also founded Massey’s International Development Symposium, which has opened the college up for critical engagement on international development and Canadian foreign policy issues. This January, Imoka received Massey College’s highest honor, the Clarkson Laureate in Public Service, for her work with Unveiling Africa and for her pivotal role in promoting diversity at the College.

Outside the University, Imoka is helping design a civics curriculum for youth at the World Economic Forum’s Global Agenda Council on Civic Participation. In August 2015, she organized the 7 Days of Change Cultural Youth Leadership Program, which engaged about 150 young Nigerians. The program culminated with a conference, Advocacy for Inclusive Education Summit, in Nigeria. The recommendations from the summit addressed how to make the education system more student-centered, historically grounded, and reflective of the social diversity of the country, and were presented to officials at Nigeria’s Ministry of Education.

Imoka’s successes to date give her hope that now, when more than 60 per cent of Nigerians are youth, is the right moment to make important changes that will significantly impact the future of democracy in Nigeria, and Africa more broadly. “We have had enough of young people learning through a Eurocentric education system that was inherited from colonial times. Africa marginally gains from the current system as we see in the number of Africans that are streamed to study and eventually, work abroad. It is time for Africa’s public education system to develop the next generation of democratic leaders. We need to transform the continent into an independent, people-centered and just society.” she says.

For her doctoral research, Imoka is developing a framework that Nigerian schools could use to become more inclusive of social differences amongst students while enabling all students to become culturally competent, democratically engaged and pursue their passion. After she graduates, she plans to continue pushing for reform through the network she has developed as a researcher and community mobilizer. Her goals are to create a research institute for the study of African educational systems, and to establish a teachers’ training college in Nigeria. These projects will have their basis in an African-centered educational framework, and the principles of inclusion, social justice, and equity.

Expressing her gratitude to activists, scholars and reformers who have made it possible for black women like herself to get an education and have a voice in and beyond the academy, she says she owes it to these early (and present) leaders to build on their foundation. “Not trying to make a difference is not even an option.”

The Adel S. Sedra Distinguished Graduate Award is presented each year under the banner of the Awards of Excellence along with several other faculty, staff and student awards. It recognizes a current doctoral student who has shown outstanding academic excellence and extracurricular leadership. The award was created in 2002 in recognition of the remarkable contributions made by Professor Adel Sedra during his nine-year term as Vice-President and Provost, including spearheading the University’s efforts to provide minimum funding to its full-time doctoral stream students.

Chizoba Imoka and the other 2016 Awards of Excellence recipients will be honored at a recognition event on May 4.