What if genetic testing could be immediate - and private - between breast cancer diagnosis and treatment? 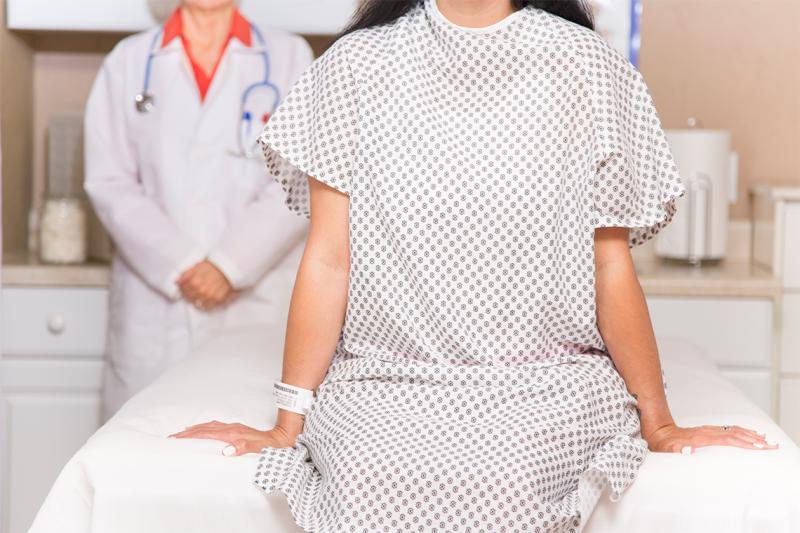 For close to two decades Professor Kelly Metcalfe (PhD 2002), a U of T alumna, a senior scientist at Women’s College Research Institute and associate dean of research at the University of Toronto’s Lawrence S. Bloomberg Faculty of Nursing, has explored better treatment paths for women diagnosed with breast cancer – specifically those with the BRCA1 and BRCA2 genetic mutation.

Helping women at this vulnerable stage in their cancer journey navigate their treatment options, which can include decisions about undergoing breast conserving surgery or double mastectomy, has a significant impact on their psychosocial well-being and their rates of survival. To make a well-informed decision, Metcalfe says women need to understand their options and what she calls their “genetic status.”

“Most women who receive a breast cancer diagnosis are not aware that they have a genetic mutation,” says Metcalfe of the need for broader access to genetic testing. “We know from previous evidence that those who do have the BRCA1 or BRCA2 mutation should receive different treatment for their cancer as it may impact their survival.”

Bloomberg Nursing’s Rebecca Biason recently spoke with Metcalfe about an alternate model of care using Direct Rapid Genetic Testing (DRGT) that she and her team are currently evaluating. Metcalfe also shares how her pilot study could help bring genetic testing and changes to treatment decisions to high-risk Canadians when they need it most.

What does this new model of care look like and how does it support a woman diagnosed with breast cancer?

This proposed alternate model of care sees women who have received a breast cancer diagnosis self-refer for Direct Rapid Genetic Testing, or DRGT. Following a brief phone conversation, they are sent an at-home saliva kit, they spit into a tube and they mail in their specimen. Results can be received within a week.

What makes this process more accessible is that women can conduct the test from the comfort of their homes and without having to first speak with a genetic counsellor. Instead, they are provided with access to virtual information, videos and counselling sessions that decrease the amount of time needed for them to make an informed decision about their surgical options. We are, in essence, revolutionizing the way we provide genetic testing to these women.

What are the benefits for a woman who is considered high-risk of having a genetic mutation?

In traditional models of care, genetic testing is provided through a genetic testing clinic. Generally, these clinics are located in large urban centres that can limit access for many Canadians. There are also a few more steps involved that can seem daunting for someone who has just been informed they have cancer. Patients are required to meet with genetic counsellor, pay for parking and meet with their surgeon and oncologist. It can make it difficult for someone to make decisions about their care plan.

Understanding your risk and genetic status is an important part of the treatment process. For the average woman with breast cancer, having a lumpectomy and radiation results in a similar survival rate for a woman who chooses to undergo a bilateral mastectomy. However, our research has shown that women with the BRCA 1 or BRCA 2 genetic mutation should have a bilateral mastectomy because it increases their rate of survival due to the high risk of developing a new breast cancer.

What’s next for this model of care?

We are currently in the evaluation phase and are testing this new model to make sure women are satisfied and that they understand the information they are receiving. We are also evaluating how better access to genetic testing impacts treatment decisions.

In our previous research – which focused on offering genetic testing at diagnosis but through a different process that included a blood test and meetings with a genetic counsellor – we were able to show that 80 per cent of women who were found to have a mutation did elect to have a bilateral mastectomy.

We have also found evidence that there is no negative psycho-social outcome for women by providing genetic testing at time of breast cancer diagnosis. The majority want to know.

With respect to our current trial and study, our hope is to be able to provide evidence to policymakers that this is an effective model to provision treatment at the time of breast cancer diagnosis. If it were up to me, every woman would have access and I need to see that change. But in order to make that a reality, we need evidence to support [the idea] that this model of care – and this change in how treatment decisions are made – would be beneficial to patients.