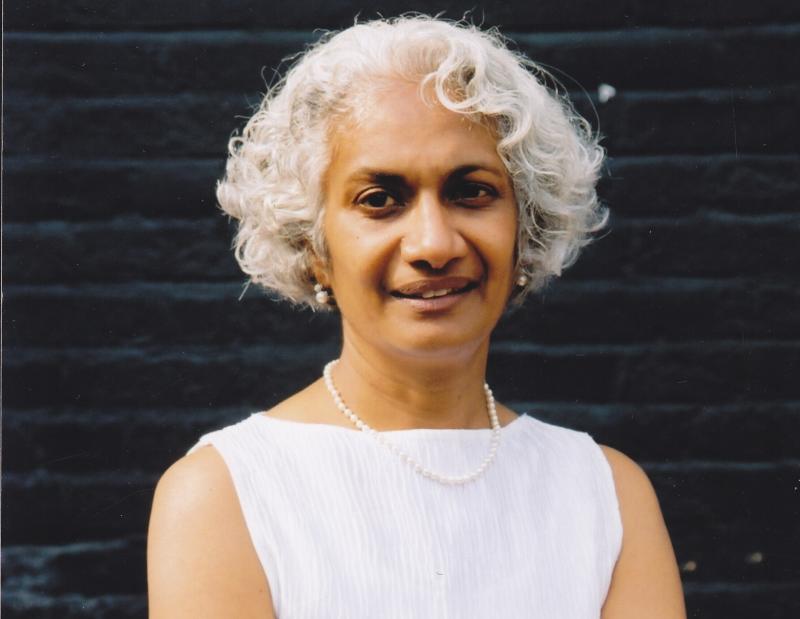 Born and raised in Trinidad and Tobago, Ceta Ramkhalawansingh (Dip Child Study 1974, BA 1977 NEW, MA 1980) is a human rights advocate, community activist, feminist and former city councillor. Ceta worked at Toronto City Hall from 1981 to retirement in 2010, and was appointed as a City Councillor in 2014.

Currently the National Chair of The Word On The Street Canada and President of the LEARNXS Foundation, Ceta is a member of numerous boards, including The Toronto Foundation. She remains actively involved at U of T through Innis College, the Harold Innis Foundation, Massey College, New College, the Women and Gender Studies Institute, as well as the Community Liaison Committee.

Ceta received the 2017 YWCA Toronto Woman of Distinction Award for Public Service & Social Justice on May 18, 2017.

What was it like as an undergraduate in 1968? Could you describe a seminal experience?

Getting involved with student government at the university introduced me to feminist issues. I was surprised to learn that physical education was compulsory for women but not for men, that Hart House was restricted to men, and that the dissemination of birth control information was illegal. Faced with all of this, I jumped right into campus activity.

One of the interesting things I did while I was on the Students Administrative Council was to represent student councils across Ontario on the Ontario Government’s Advisory Committee on Student Awards. That exposed me to provincial policy making and we were able to advocate for changes to the program such as expansion to include part-time students and increasing the grant component of awards.

You played a key role in the introduction of women’s studies at U of T. This led to the establishment of the Women and Gender Studies Institute. How did this evolve?

As an undergraduate, it seemed to me there was a hidden bias and an unwillingness to explore new approaches to learning, and so it was a delight to discover that the Faculty of Arts & Science had established a new Interdisciplinary Studies Department (ISD) to encourage inquiry into emerging areas of study. I became a student member of that committee, noting that student membership on committees was not yet the norm. When ISD convened a forum in 1970, the proposal for offering a course on women emerged and this resonated with the mandate of ISD. And so I became a champion for that first course on the ISD committee and the rest is herstory.

What were the direct and indirect effects of your political science studies on your career?

Having undertaken studies in different disciplines at both the graduate and undergraduate level, I had frameworks and analytical tools from which to assess a wide range of situations in later life. This was very important in my advocacy work with provincial and federal governments on gender issues, as well as community work addressing land use and planning issues.

How important was it for you to do graduate work?

It became clear to me in my job after undergrad at the Toronto Board of Education — now the Toronto District School Board (TDSB) — that to make informed recommendations, to have an impact on an institution and to impact change, an understanding of public policy was necessary. I noted that more credibility was given to ideas when people had “credentials,” even though I found that lived experience was just as valuable as academic knowledge. Those factors led me to start my Master’s Degree in Sociology of Education at OISE.

Once I obtained my Master’s Degree, I began work on a PhD for two years. During that time, I did consulting work for the City Hall’s Equal Opportunity Office on employment issues relating to racial minorities and immigrants. That research led to a job offer which I accepted. Being an activist at heart, I wanted to work on issues, make changes and not just study these issues. And so, my academic research on women’s employment and diversity in the workforce was directly applied to my work at City Hall for three decades.

Did you have a career path in mind?

I had no career plan. During my time on SAC (now UTSU), we produced a career expectations study. One interesting finding was that employment most closely aligned with studies for the professional faculties. That’s probably still true. Over the years I have worked in several occupations: researcher, editor, policy analyst, lecturer, municipal manager, city councillor and I expect that future generations will increasingly have multiple career roles.

You’re a community activist. Can you tell us about your social advocacy work?

Social justice advocacy is a way of life as it stems from fundamental values about how one lives. As one becomes involved with the world, it becomes obvious that some people live with privilege and others do not and that there are obstacles to everyone having access to a level playing field.

In my neighbourhood, where I’ve lived since I was an undergraduate, I’ve worked to protect and build affordable housing, protect heritage as well as green space. Professionally, I’ve helped to introduce many policies and programs to address the issues faced by equity seeking groups. For example, the City of Toronto’s anti-discrimination policy included sexual orientation and this policy was extended in 1983 to all groups receiving municipal funds as well as City agencies. My volunteer work has addressed employment equity, pay equity, race relations and housing.

You’ve also worked with organizations around the globe to create significant change.

My volunteer work with MATCH International Fund to build the capacity for women’s organizations in the global south spanned about 20 years in a variety of roles, and I still support them. One of our activities while I was Board chair was to assist with establishing a Commonwealth Women’s Network to enable NGOs to have status at meetings of Commonwealth Ministers on the Status of Women. The founding meeting of that Network was held in Toronto in 1991 and MATCH played a major role in organizing a gathering of women from many Commonwealth countries.

The LEARNXS Foundation manages the Young Ambassadors of Toronto program which is a joint initiative of Toronto City Council and the Toronto School Board. Through the Young Ambassadors Program, students act as city and school Ambassadors, learn about being global citizens and absorb the culture and heritage of various countries. Since the program began in 1990, Toronto students have participated in over 80 exchanges to more than 30 countries.

One of my roles at Toronto City Hall was to co-ordinate a municipal technical exchange program funded through the Federation of Canadian Municipalities. I travelled to meet with local officials in cities such as Cape Town and Soyapongo and Sao Paulo to cover a number of initiatives including paramedic training, parks and recreation planning, cultural programs and social housing.

Working in the social justice arena, whether it be as a volunteer or as a professional, means that you are seeking to change long established policies, procedures and privilege. During the three decades I worked at City Hall, I’ve experienced everything from full support to outright opposition. Making change requires patience, internal and external allies, support from the leadership in the organization and a commitment to assign resources.

What advice would you give to someone who would like to get involved in public service?

I recommend that students meet with elected officials and also do volunteer work with advocacy and community organizations. Work on the issues that you are passionate about and get involved with networks and groups that are working on the same issues. People don’t just get hired on what they have studied. Volunteer experience and exposure to activities outside the classroom gives a breadth of experience that increases employment chances.

Reposted from the Faculty of Arts & Science alumni website.