‘Houston, we have bacteria’: Camilla Urbaniak shares her exciting work at NASA 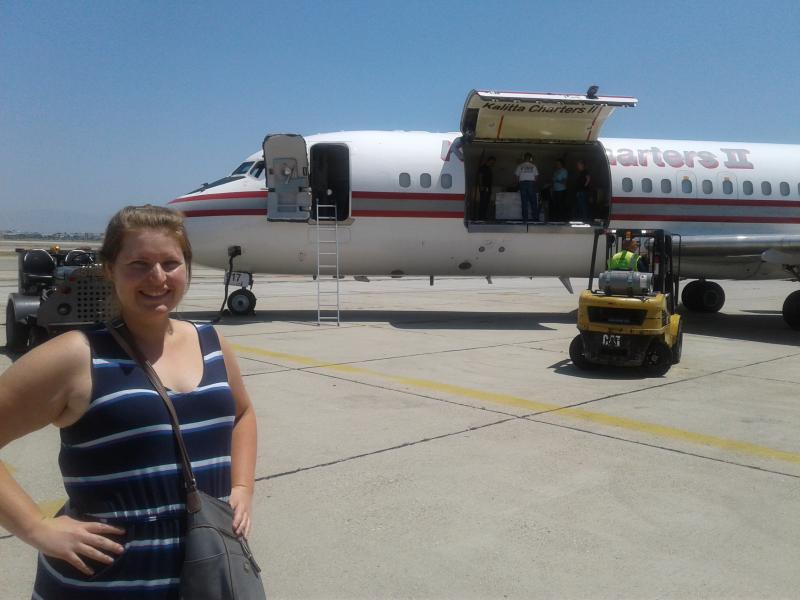 Camilla Urbaniak (BSc 2005 SMC) has an important job at NASA’s Jet Propulsion Laboratory in California, the facility where they design and build spacecraft destined for exciting missions across the solar system.

The Arts & Science alum earned a key role on this brilliant and brainy squad after many years of school and research, which included majoring in microbiology at U of T and graduating in 2005 with an honours bachelor of science degree as a member of St. Michael’s College.

“Back then, I never considered working at NASA because I didn’t realize there would be opportunities for microbiologists,” says Urbaniak, who also has a PhD in the human microbiome.

“I was finishing up my PhD when I got the job at NASA. I applied to a postdoctoral role which I held for three years before becoming a research scientist. It’s great to work in a facility with such amazing people.”

As a NASA research scientist, Urbaniak’s mandate is to keep astronauts healthy while ensuring the uncontaminated collection of data that could one day decode mysteries of the universe. Urbaniak analyzes how microbes react and adapt to the space environment, including on interior and exterior surfaces of spacecraft.

In one project, her team examined samples taken from surfaces of the International Space Station (ISS), from control panels to observation windows and even toilets — studying the potentially harmful effects of bacteria and biofilms.

The study also looked at the microbial communities as a whole and how they change based on different environmental conditions and the astronauts that inhabit the unique built environment of the ISS.

“Biofilms can trigger problems in the human body or lead to structural degradation of the spacecraft,” explains Urbaniak, the principal investigator on a project exploring these connections. “So, understanding how space flight might cause these biofilms to increase in size or be formed in the first place will hopefully lead to better coatings and cleaning agents that prevent or minimize them.”

Urbaniak’s research is also aimed at preventing bacteria with earthly origins from compromising scientific data collected from other worlds, whether that’s the red deserts of Mars or the frozen oceans of Jupiter’s moon Europa.

Most living things cannot survive space and being bombarded by radiation in a cold, dry abyss devoid of oxygen. But Urbaniak and her colleagues have been studying a resilient group of organisms.

“In one study, spores from bacillus species were exposed to the outside of the International Space Station for more than a year. Although they were dormant, the harsh conditions of space did not kill them or affect their viability, and upon return to Earth, they grew and multiplied.”

Urbaniak also studies how spaceflight affects the human microbiomes of astronauts; those are the microorganisms living inside our bodies that bolster the immune system, break down harmful toxins and extract essential vitamins from the food we eat. An imbalance of the microbiome can leave humans more susceptible to disease and other illnesses, which needs to be considered as we look toward more long-range missions in space.

“I fell in love with the microbiome while learning at U of T, how bacteria influence our bodies and immune system, and that experience inspired me to pursue this work,” says Urbaniak, whose mother, brother and uncles are alumni too.

“I wouldn’t change anything about my undergrad. I loved the coursework, plus I made some great friends and wonderful memories.”

As for current students or recent graduates dreaming of a job at NASA, Urbaniak advises to keep doing what you love, and the career opportunities will fall into place.

“No matter what you study, there are so many opportunities to work at NASA and they're always looking for people who are enthusiastic and passionate.”

Originally published by the Faculty of Arts & Science.