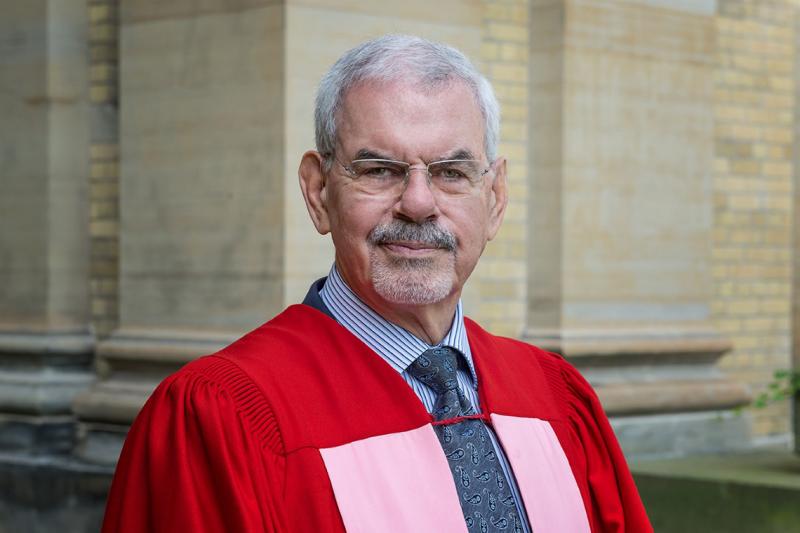 The son of a Dutch farm labourer, William Troost (BASc 1967, Hon LLD 2019) didn’t have much money when he was growing up – which is why he speaks so highly of the scholarship he received to study engineering at the University of Toronto.

“Without that award, I probably couldn’t have gone to university,” Troost has said of the J. Edgar McAllister Foundation Student Awards Program.

“So it had a tremendous impact on my life.”

Decades later, Troost – who founded Peel Plastics, an innovative Ontario packaging company – and his wife, Kathleen Troost, have sought to have a similar impact on current and future students by giving generously to the university, particularly to the Faculty of Applied Science & Engineering.

For his “outstanding service to the University, as a dedicated and transformative volunteer, mentor, and philanthropist,” U of T will recognize Troost on Wednesday with a Doctor of Laws, honoris causa

Since 2005, Troost has served on the advisory board for the department of chemical engineering and applied chemistry – the same department where he earned his degree. He supported the construction of the Myhal Centre for Engineering Innovation & Entrepreneurship and helped establish the Institute for Leadership Education in Engineering (ILead), which launched in 2010. Built upon on a previous summer leadership program, the institute provides leadership learning and professional opportunities, industry outreach and leadership research.

The donation was matched by the engineering faculty and, in recognition of the Troosts’ longstanding support, the institute was renamed the Troost Institute for Leadership Education in Engineering.

The Troosts contributed nearly $10 million to U of T’s engineering faculty during the Boundless campaign. That includes a $1 million gift for student support – endowed funds meant to generate annual scholarships – and the establishment of the J. Edgar McAllister Foundation-Troost Family Award for Engineering, named for the same award that once gave Troost the opportunity to study at U of T.

Troost told U of T he wanted to give other students the same leg up that he once received. It helped pave the way to a bachelor’s degree from U of T in 1967 and an MBA from the University of Western Ontario (now Western University) in 1975. He founded Peel Plastics in 1978, which has since grown into a vital regional employer.

“I was fortunate,” Troost told the Boundless campaign. “And whatever success I’ve had in business, I certainly wouldn’t have gotten there without that kind of financial support.”

William Troost’s message to the Class of 2019:

Thus leadership is a core component of an engineer’s ability to translate technical skills into practice.