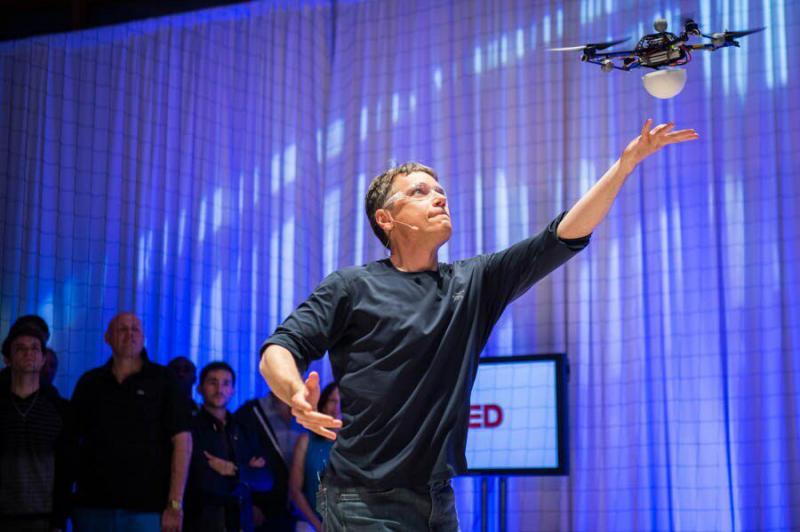 Raffaelo D’Andrea is one of three U of T Engineering alumni honoured with membership in the U.S. National Academy of Engineering  (photo courtesy of Verity Studios)

Three U of T alumni – Raffaello D’Andrea (BASc 1991), Abigail Sellen (BSc 1983 TRIN, MASc 1986) and Michael Sefton (BASc 1971), who is also a U of T University Professor – have been elected as international members of the U.S. National Academy of Engineering (NAE). The NAE provides engineering leadership in service to the United States and globally; its members rank among the world’s most accomplished engineers.

“On behalf of the Faculty, my warmest congratulations to Professor Sefton, Professor D’Andrea and Dr. Sellen on this well-deserved honour,” said Christopher Yip (BASc 1988), Dean of U of T Engineering. “Their election to the NAE demonstrates the impact our faculty and alumni are making at a global level and the respect in which they are held by their peers worldwide.”

D’Andrea is Professor of Dynamic Systems and Control at the Swiss Federal Institute of Technology (ETH) in Zurich, where his research redefines what autonomous systems are capable of. Previously, he was a faculty member at Cornell University, where he created a team of autonomous soccer-playing robots, ultimately leading the Cornell Robot Soccer Team to four world championships at the international RoboCup competition.

While on sabbatical from Cornell, D’Andrea co-founded Kiva Systems, an automated warehouse storage and retrieval system powered by thousands of autonomous mobile robots. By the time Amazon acquired Kiva in 2012 for $775M, it was a 300-person company, with robots deployed in more than 30 warehouses and clients that included Walgreens, Staples and The Gap. Kiva now operates as Amazon Robotics.

D’Andrea is also a new media artist; his works have been exhibited at the Venice Biennale and are part of the permanent collections of the National Gallery of Canada and France’s FRAC Centre.

Abigail Sellen : AI and the Future of Work

Sellen is the Deputy Director at Microsoft Research Cambridge in the United Kingdom, where her research focuses on artificial intelligence and human-computer interaction. Her background in cognitive science, industrial engineering and computer science is used to develop new productivity tools that explore the Future of Work, building systems to make working lives more efficient.

Prior to joining Microsoft in 2004, Sellen held positions in corporate research laboratories at Xerox PARC, Apple Inc. and HP Labs. She is an honourary professor at the University of Nottingham and University College London. Sellen also co-authored The Myth of the Paperless Office, which won her and co-author Richard Harper the IEEE distinguished literary award.

Sellen is a fellow of the Royal Academy of Engineering and the British Computer Society. In 2011 she was inducted into the Computer Human Interaction Academy and in 2016 became a fellow of the Association for Computing Machinery “for contributions to human-computer interaction and the design of human-centred technology.”

Sefton is a world leader in biomaterials, biomedical engineering and regenerative medicine. He was one of the first to combine living cells with polymers with the aim of creating artificial tissues, effectively launching the field now known as tissue engineering.

His lab, located in the Donnelly Centre for Cellular and Biomolecular Research, has created biomaterials that actively promote the growth of blood vessels – accelerating wound healing and supporting the development of lab-grown tissues. These novel materials are the first of a new class of biomaterials with drug-like activity, but without any drugs (or cells) included within the material. This opens up a world of possibilities for creating drug delivery systems and regenerating tissues without cells.

A leader in his professional community, Sefton served as president of the U.S. Society for Biomaterials in 2005 and has spearheaded several programs to advance the field. From 1999 to 2005, he was director of the Institute of Biomaterials & Biomedical Engineering (IBBME), leading its development into one of the top institutes of its kind in North America. He currently serves as executive director of Medicine by Design, a U of T initiative accelerating discoveries in regenerative medicine to improve treatments for conditions such as heart failure, diabetes and stroke.

Sefton has received several of the most distinguished awards in engineering and biomedicine, including the U.S. Society for Biomaterials Founders Award, the Killam Prize in Engineering, the Engineers Canada Gold Medal, the Lifetime Achievement Award from the Tissue Engineering and Regenerative Medicine International Society and the Terumo Global Science Prize. He is a fellow of the Royal Society of Canada, an international member of the U.S. National Academy of Medicine, and an Officer of the Order of Canada. 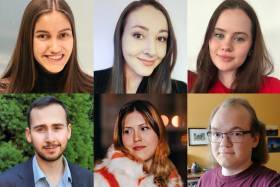