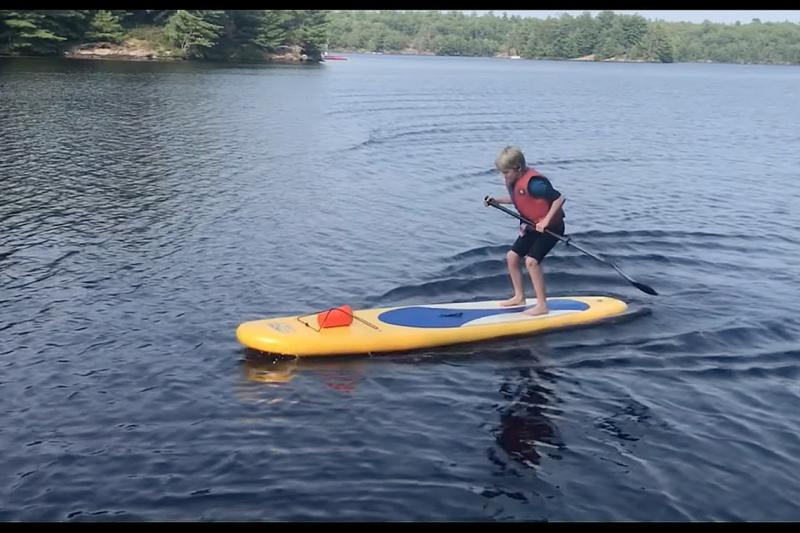 U of T's Stephen Morris published a study with international researchers that investigated how "gunwale bobbing," as demonstrated in this photo of one of the investigators' children, moves a craft forward (photo courtesy of G. P. Benham et al.)

Stand up in a canoe and you’ll probably find yourself in the water before too long. Jump up and down on the upper edges of the sides of the canoe, and you’ll likely end up in the drink as well. But get the balance right and you’ll be able to move yourself along by as much as one metre per second, according to a study published in Physical Review Fluids examining gunwale bobbing.

In gunwale (pronounced “gunnel”) bobbing, a canoeist stands on the sides of the canoe – the gunwales – near the rear of the craft and jumps up and down, moving it forward by surfing the waves produced.

After an initial period of instability before finding its rhythm, the canoe achieves a cruising velocity which satisfies a balance between the thrust generated from pushing downwards into the surface of the waves and the resistance caused by drag. The technique also works on stand-up paddle boards.

“People have long enjoyed gunwale bobbing as something fun to do when out on the water, but no one has ever really explained how it works,” says Stephen Morris, a professor emeritus in the department of physics in the Faculty of Arts & Science and co-author of the study describing the phenomenon. “By drawing on long-standing linear wave and oscillation theories, we’ve figured out how such balance can be sustained.”

Searching for the perfect combination of forward, backward, up and down motions, Morris and colleagues at the University of Cambridge, Oxford University and the University of Paris created a theoretical model to describe the wave field produced. They then compared it to data taken from an enthusiastic gunwale bobber crossing a body of water in a canoe using waves created when its two ends pitch up and down.

In a symmetric system where a canoeist’s body pitches forward and backward in equal measure – think of the rhythmic motion of a rower’s body in Olympic competition – the waves generated cause the vessel to oscillate back and forth with no net motion. But in an asymmetric system, such as that created when a person imparts a vertical displacement such as by jumping up and down out of phase with the pitch of one end of the vessel, the vehicle gains a net thrust.

The researchers calculated the optimal values of the four motions involved to achieve maximum velocity and, using their model, determined the technique could propel a typical canoe at steady speeds of up to about one metre per second – comparable to speeds observed for gunwale bobbing with real canoes.

“Understanding gunwale bobbing could be useful in competitive water sports like rowing,” says Morris. “Because rowers generate periodic downward forces, like jumping on gunwales does, it might be possible to optimize rowing strokes, so the boat interacts with the waves it generates in a way that helps push it forward.”

With files from the American Physical Society 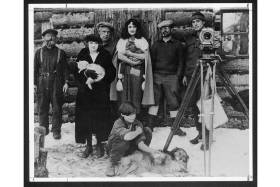