Cats are worse than dogs for your sleep? U of T research featured in CBC’s The Nature of Things documentary 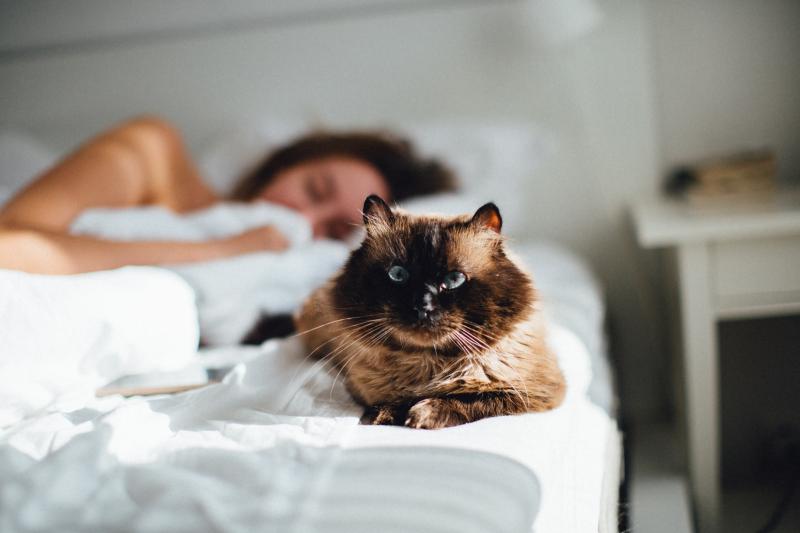 Photo by Adam Kuylenstierna via unsplash

Sleep is essential for most living creatures, but figuring out why, exactly, humans and animals sleep remains a challenging question for scientists.

The question is explored in a new documentary by CBC’s The Nature of Things called How the Wild Things Sleep, which features the research of two University of Toronto professors.

John Peever (BSc 1994 VIC, MSc 1997, PhD 2001), an alum and a professor in the department of cell and systems biology in the Faculty of Arts & Science, conducted a study about sleep efficiency – and how sleep is disturbed if we share a bed with a cat or a dog, which both move throughout the night. “Sleeping with your cat's really interesting because they actually disturb your sleep more than if you sleep with your dog,” said Peever.

"They're predominantly active at dawn and … at dusk. And so, obviously, at dawn, most people are sound asleep, and their cat is wide awake, jacked, ready to enjoy the world and, you know, jumping on you, playing with you, hounding you for a snack."

Meanwhile, at the Indianapolis Zoo, a research project by David Samson, assistant professor in the department of anthropology at U of T Mississauga, is underway to better understand the link between an orangutan’s sleep and the ability to learn and understand. “These orangutans are essentially just an extended human, they have identical sleep phasing and the cycle is identical,” Samson said in the documentary, calling orangutans “the kings of bed building” since they go to great lengths to create a comfortable sleeping environment.

Watch How the Wild Things Sleep on CBC Gem