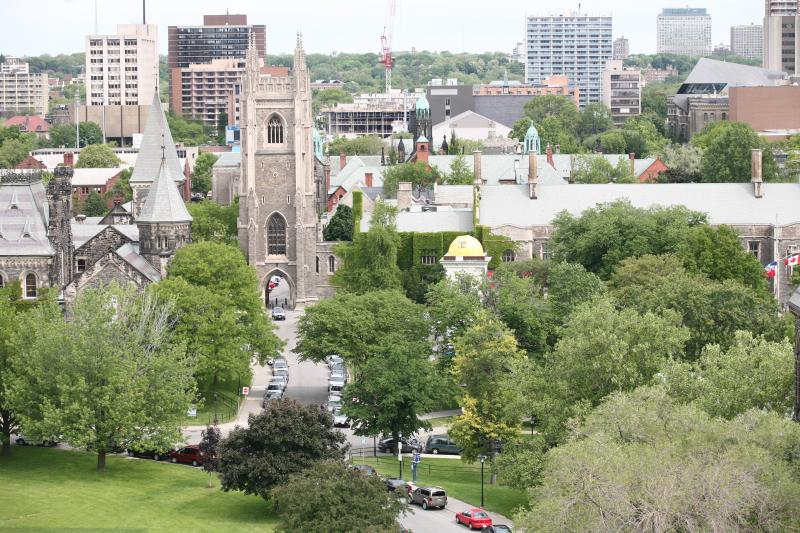 I.  The gift of H. Maurice Cody, BA'20, in memory of the Old Boys of University of Toronto Schools.

VI.  Dedicated to the memory of Col. W.R. Lang, VD, by the University of Toronto Contingent, COTC.

XIII.  A tribute from the officers of No.4 Canadian General Hospital to the memory of their comrades who fell.

XIV.  In memory of the members of Delta Kappa Epsilon who gave their lives in the Great War 1914-1918.

XVII.  In memory of Lt. Evan Ryrie, UC'16 "I have lived my life and that which I have done may He within Himself make pure."

XVIII. The gift of Canadian Army Women's Auxiliary in proud remembrance of the members of the Corps who fell in defence of the Empire.

XX.  From the Academy of Medicine, Toronto, as a tribute to the memory of the Fellows who gave their lives.

XXII.  The Alumni Association and friends of Victoria College.

Bells XXIV-XLII were the June 5, 1953 gift of Eric Phillips, CBE,DSO,MC,BASc,LL.D, Chairman of the Board of Governors, in memory of the members of the University who fell in the Second World War. These bells were later replaced with 28 new bells and rededicated on May 7th, 1976.