Sun spot: Your views of the eclipse

The eclipse through the lens of the U of T community

By Romi Levine and Geoffrey Vendeville 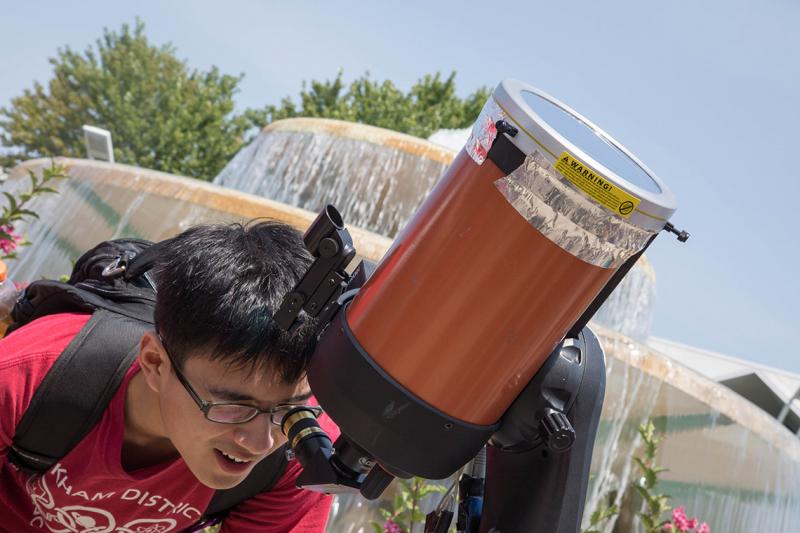 From Scarborough to Mississauga, from St. George to the lakeshore, U of T alumni, students, faculty and staff gathered to watch the August 21, 2017 solar eclipse.

At the Canadian National Exhibition, U of T astronomers from the Dunlap Institute for Astronomy & Astrophysics and the Faculty of Arts & Science provided telescopes and helped visitors understand the cosmic phenomenon unfolding before their eyes.

U of T News videographer Lisa Lightbourn was on hand. 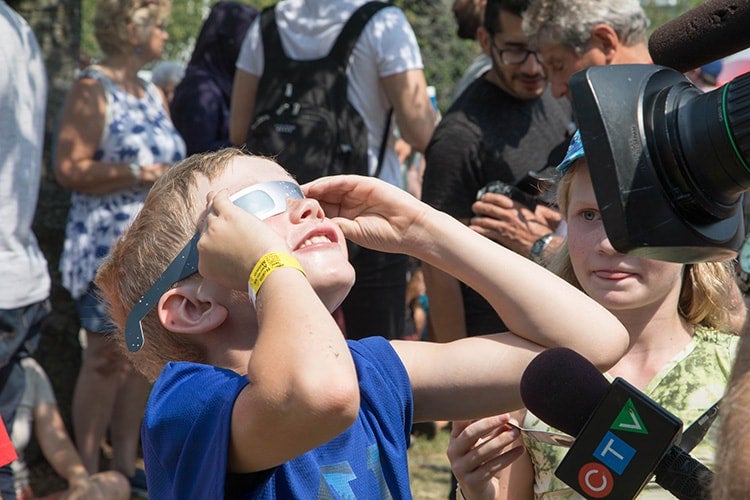 There were long lines for the telescopes, but exhibition-goers could always view the eclipse through protective specs provided by the Dunlap Institute.

Altogether, Dunlap handed out 12,000 pairs of glasses at the CNE on Monday. 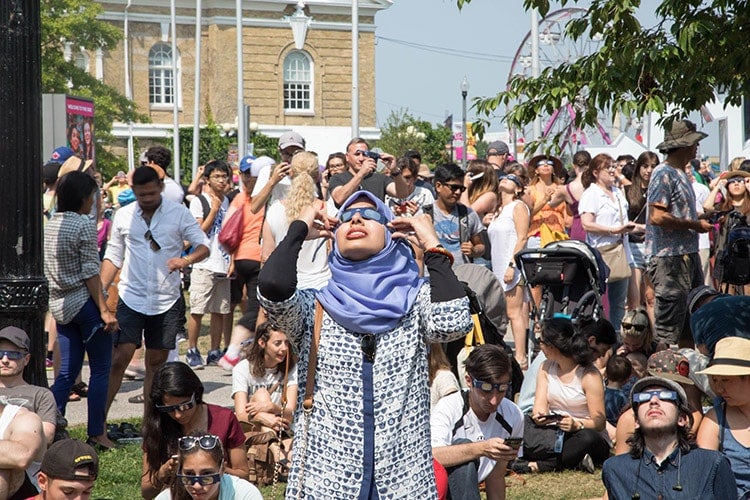 Ulrich Krull, vice-president and principal of U of T Mississauga, watched the eclipse with his family in Haliburton County. He says the image below of a pink croissant in the sky was shot at the hydrogen alpha wavelength and shows the near maximum sun coverage from that location. 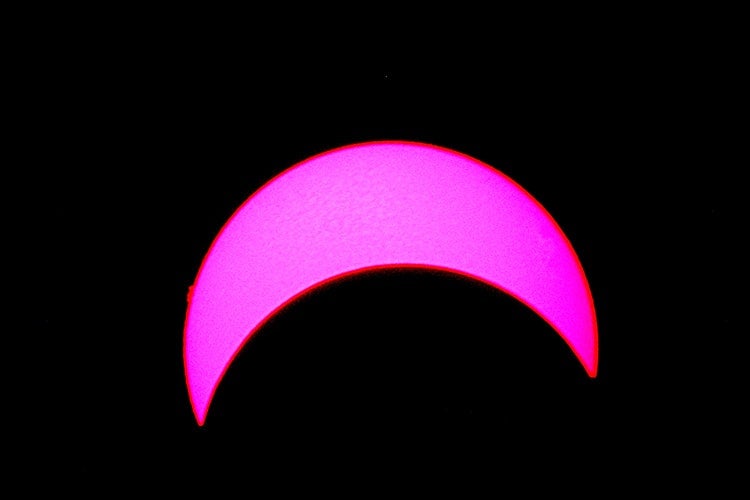 Krull also snapped a picture of the eclipse producing crescents on paper. “Shadows that are cast by foliage can show the image of the sun as a pin-hole projection,” he explained. 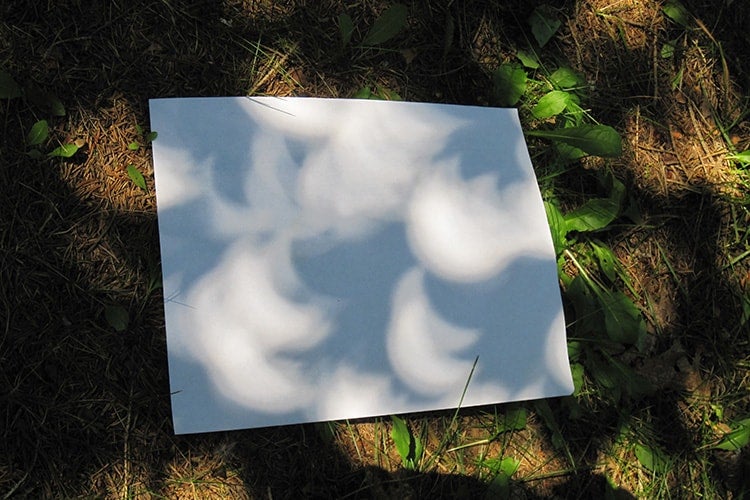 Over at U of T Scarborough, Hanno Rein and other U of T astronomers held a special viewing party for students, inviting people to peer at the eclipse through a specially outfitted telescope. Rein took this picture. In front of University College on the downtown Toronto campus, hundreds gathered, toting eclipse glasses and pinhole cameras. But some still managed to find a quiet spot to watch the eclipse in peace. Geoffrey Vendeville took these pictures. 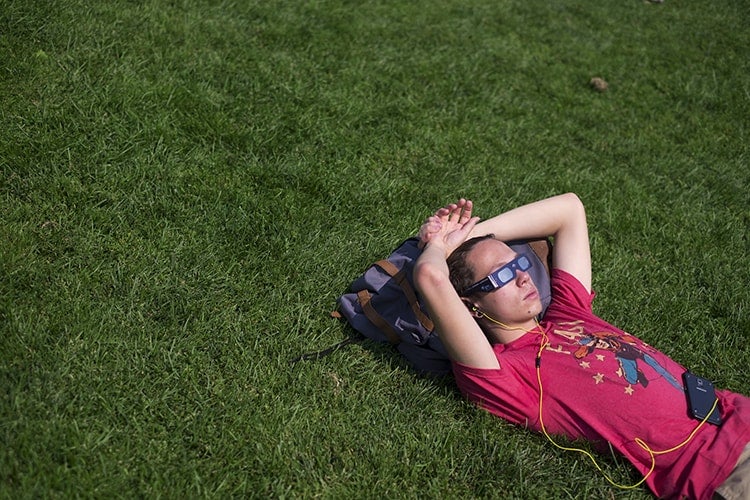 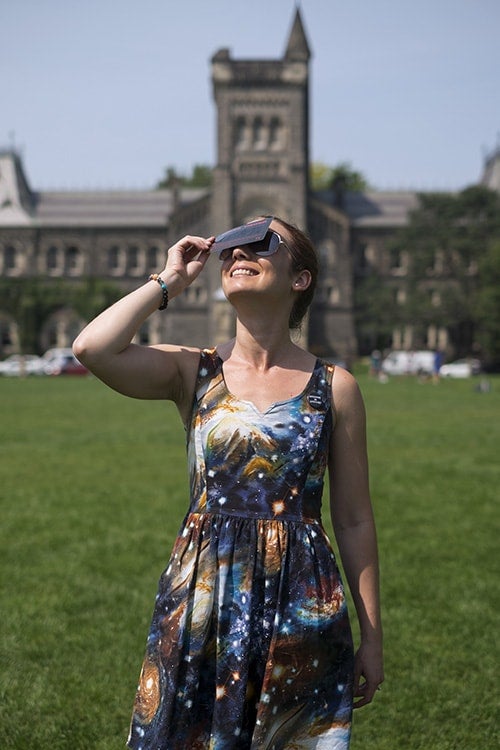