Michael Sabia, director of U of T’s Munk School and a U of T alumnus, named deputy finance minister 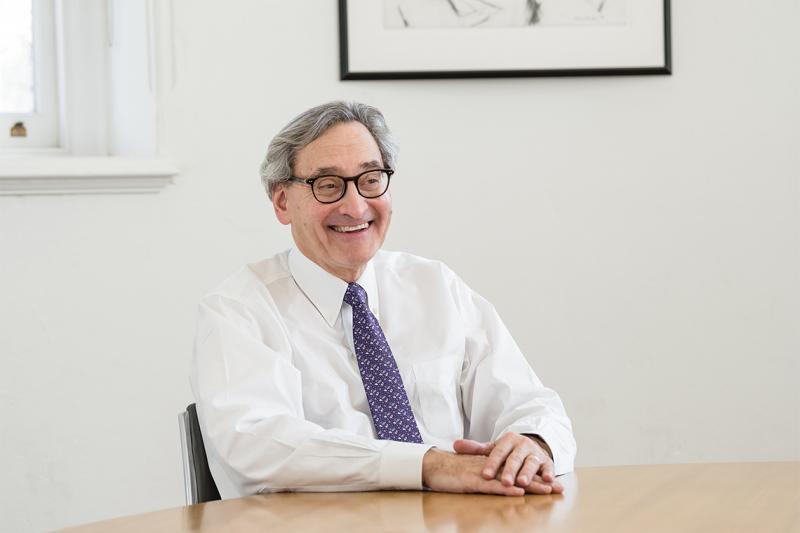 Michael Sabia (BA 1976 TRIN), the director of the University of Toronto’s Munk School of Global Affairs & Public Policy, has been tapped to be Canada’s deputy minister of finance – a job that will likely have him playing a significant role in the country’s COVID-19 recovery.

The new post makes Sabia – a U of T alumnus who joined the Munk School earlier this year – the finance department’s highest-ranking civil servant. He is scheduled to begin Dec. 14.

He arrives at Finance Canada at time when the federal government faces the daunting task of restarting a battered Canadian economy once the global pandemic is finally brought under control.

“All Canadians will benefit from his vast experience and impressive talents”

“I would like to thank Michael Sabia for his service to the Munk School of Global Affairs & Public Policy and to the University of Toronto as a whole,” said U of T President Meric Gertler. “I would also like to congratulate him on his appointment to this crucial position in the Government of Canada at a time when the country is facing its biggest economic challenge in a generation.

“All Canadians will benefit from his vast experience and impressive talents.”

Sabia will fill the position that is currently held by Paul Rochon, who said last week that he planned to step down. News of Rochon’s departure came just one day after federal Finance Minister Chrystia Freeland released a fall economic update that included plans for $100 billion in post-pandemic stimulus spending.

With a bachelor’s degree in political economy from U of T and two graduate degrees at Yale University, Sabia’s appointment to a five-year term as director of the Munk School was announced over a year ago. The school is a leading hub for interdisciplinary research, teaching and public engagement that houses world-class researchers and more than 50 academic centres, labs and programs.

“Michael brought to his leadership of the Munk School of Global Affairs & Public Policy a deep understanding of global issues, wide experience across sectors and a commitment to public service,” said Melanie Woodin, dean of the Faculty of Arts & Science. “As director, he led a process of strategic planning that builds on the strengths of the Munk School in research and teaching and charts an ambitious vision for the future.”

When the pandemic washed over Canadian shores, Sabia was among the first to call for bold action

When the pandemic washed over Canadian shores, Sabia was among the first to warn of the dangers of an incremental approach and, in a March 22 op-ed for the Globe and Mail, called on political leaders to “act boldly, decisively and with humanity.” That included taking immediate steps to protect Canadians from the virus, providing citizens and small businesses with economic support and, finally, re-starting the Canadian economy in a world that could look quite different than before COVID-19, Sabia wrote.

In April, Sabia was named chair of the Canada Infrastructure Bank, with then-Finance Minister Bill Morneau citing Sabia’s experience in both public policy and pioneering innovative infrastructure finance models in Canada and abroad.

A wealth of experience in business and government

Sabia brings considerable experience in both the public and private sectors to his new role as deputy minister of Finance Canada.

He took over the role of chief executive at Caisse de dépôt et placement du Québec in 2009 and built it into a global financial institution with more than $325 billion in assets under management. He also oversaw the implementation of an investment strategy that made the pension fund an internationally recognized leader among investors working to address climate change, develop urban infrastructure and forge global industry partnerships.

Earlier in his career, Sabia held senior positions at telecommunications giant BCE Inc., where he led a strategic overhaul of the company. He also served as CFO at Canadian National Railway, where he helped launch CN as a publicly traded company through what was then the largest-ever initial public offering in Canadian history.

It's not Sabia’s first time at the federal finance department.

He previously served as director general of tax policy and was one of the architects of a comprehensive reform of Canada’s tax system.

Sabia has also served as deputy secretary in the Privy Council Office.