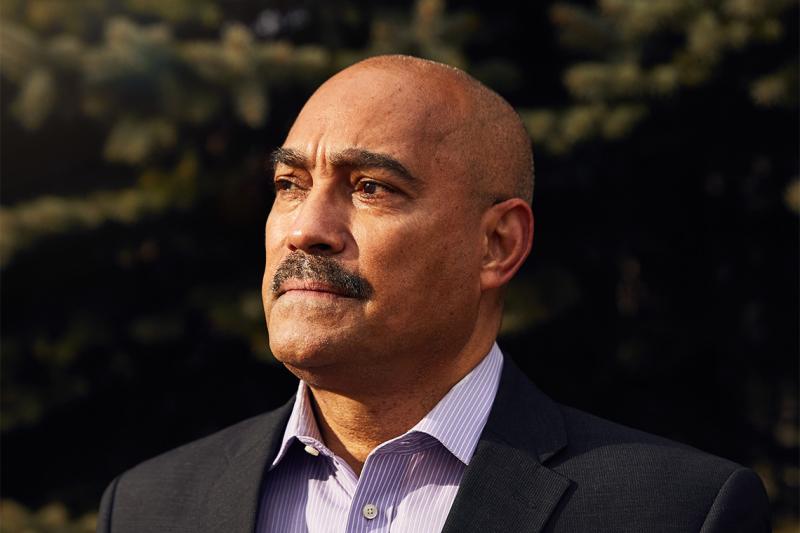 Akwatu Khenti (BA 1985 UTSC, MA 1988) is chair of the city's Black Scientists’ Task Force on Vaccine Equity, which includes several other U of T researchers (photo by Adam Coish)

Akwatu Khenti (BA 1985 UTSC, MA 1988), an assistant professor at the University of Toronto’s Dalla Lana School of Public Health and a senior scientist at the Centre for Addiction and Mental Health (CAMH), will chair a task force addressing vaccine hesitancy and other challenges around vaccine equity in Toronto.

The Black Scientists’ Task Force on Vaccine Equity, which includes several other U of T researchers, was announced Wednesday along with $6.8 million in support for ten Toronto neighbourhoods.

As COVID-19 vaccines roll out in Ontario, officials fear inequities could widen race-based COVID-19 disparities. For example, Toronto Mayor John Tory (BA 1975 TRIN) said Torontonians of African and Caribbean descent currently experience the highest COVID rates in the city, comprising 26 per cent of total cases, and the highest rates of vaccine hesitancy, at 30 per cent.

Khenti underscored the need for a careful, customized approach to building trust with Black communities and other groups historically ill-treated by governments and public health systems.

“The issues faced by the task force are very real and daunting given high rates of positivity testing and hospitalization as well as low levels of vaccine acceptance,” Khenti says. “The task force aims to provide the scientific evidence about both COVID and vaccine-related risks in a respectful and culturally sensitive manner – recognizing that people have good reasons for their positions – so that individuals can make informed decisions about getting vaccinated.”

To start, the task force is hosting five free, virtual town hall meetings for Black Toronto residents, beginning on Feb. 13 from 2 to 5 pm. The meeting will address, among other issues, misinformation about COVID-19 vaccination on social media channels. “We have to do everything possible to provide [communities] with the information they need,” Tory said.

“Public health works best when vulnerable individuals and communities get their health promotion and prevention messages from persons that they can relate to and trust,” says Khenti, a longtime researcher on racism and Black mental health. “This is the first time in the history of African Canadians that such a task force, comprised of Black expertise across the vaccine life cycle, from clinical trials to needles in arms, has been constituted to address a public health problem of such grave proportions.”

The task force is part of a wider city-led initiative

The task force is part of a wider city-led initiative called the Black Community COVID-19 Response Plan. The initiative offers supports for Black individuals and families stay well physically, mentally and emotionally throughout the pandemic.

The $6.8 million pledged by Tory will fund 12 community agencies to provide targeted outreach and supports to 10 neighbourhoods with a high percentage of Black Torontonians and high COVID-19 case rates.

The supports include: increases in culturally-responsive mental health supports; food access provisions for Black-mandated organizations; mobile and community-based testing; mobile services to support seniors and people with disabilities (such as food delivery or wellness checks); a commitment to continue to advocating for income support and housing security; and co-ordinating health policies, programs and provisions targeted to Black communities.