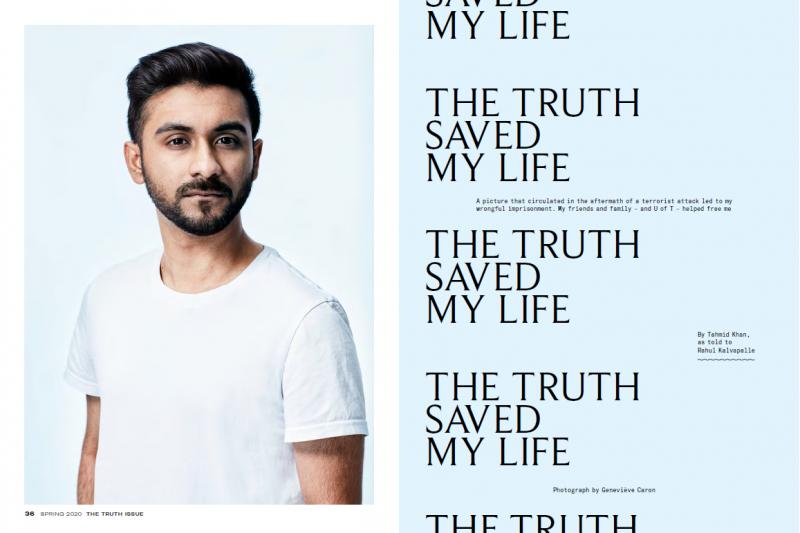 University of Toronto alumni have been recognized by the 2021 National Magazine Awards and the Council for Advancement and Support of Education (CASE)'s  2021 Circle of Excellence Awards.

Two University of Toronto Magazine articles won silver in CASE's feature writing category:  “The Truth Saved My Life” by alumnus Tahmid Khan (BSc 2019 SMC), as told to Rahul Kalvapalle, in the spring 2020 edition and “Out of Action, Comes Hope” by Raquel Russell (BA 2017 UTSC) in the winter 2020 edition. 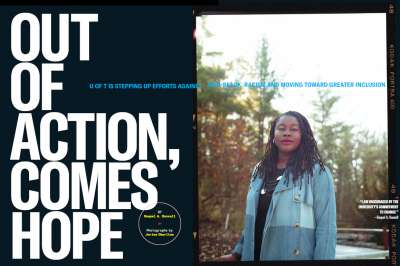 Russell's powerful piece on the University's anti-racism efforts made an eloquent plea for the importance of listening to Black voices. "Good use of the author's personal experiences to humanize what is a societal and systemic issue," wrote the CASE judges. "It was an ambitious work, and largely delivers on a touchy and timely subject."

The vivid prose is arresting; you can't stop reading this feature

"The vivid prose is arresting; you can't stop reading this feature," the judges added in describing Khan's story, written with U of T News writer Kalvapalle. The piece described how social media run amok—and getting the story wrong—nearly ruined Khan's life after he was taken hostage in Bangladesh. The piece was part of the magazine's spring 2020 cover story, The Truth Issue, which also won the Grand Prix Silver at the National Magazine Awards for its cover and honourable mentions for portrait photography and best editorial package.

Also at the National Magazine Awards, the Grand Prix Gold for best cover went to the  Maclean's magazine June 2020 cover. Dawn Lim (BSc 2000 UTM, MD 2005, PGMT 2010), who is a UHN emergency physician and assistant professor in the Temerty Faculty of Medicine, photographed the pandemic from the frontlines.

"I believe we all remember events better through stories. The feelings we all felt then were overwhelming and scary,” Lim says. “When I look at this cover, I remember the tension as the team got ready to intubate. I remember nurses and doctors telling me that they were so glad I was photographing their lived experiences during the first wave. These are precious memories of our hospital coming together in a time of incredible vulnerability. Medicine is full of stories. I'm so pleased that my work as a clinician and as a photographer collided in this moment."

I believe we all remember events better through stories

Did we miss anybody? If you know of an NMA or CASE honouree with ties to U of T who was honoured but isn't mentioned above, please let us know: alumni.relations@utoronto.ca