U of T rises in law, clinical health and five other fields in Times Higher Education subject rankings 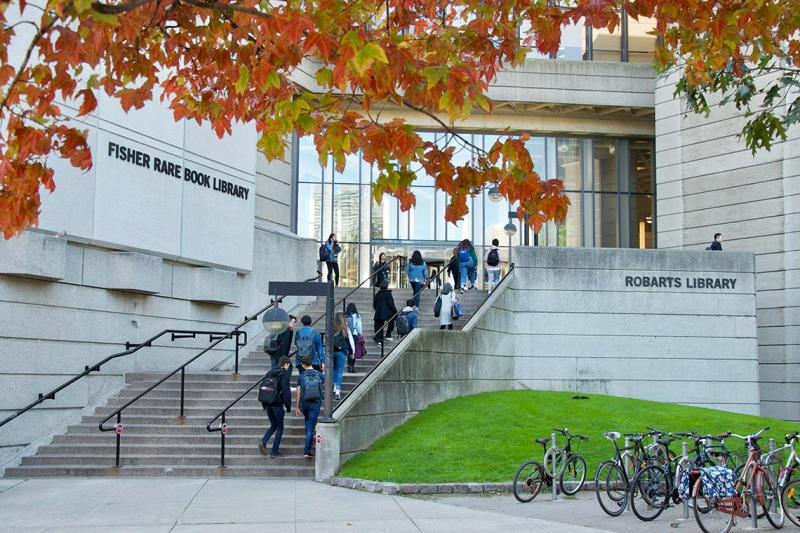 The University of Toronto ranks in the top 10 globally in medicine and law – and in the top 30 across all ranked disciplines – according to the latest Times Higher Education World University Rankings by subject.

The subject rankings, the most recent instalment of which was released today, saw U of T make the biggest gains in the “clinical, pre-clinical and health” category, moving to sixth spot from 13th last year.

In law, meanwhile, U of T moved up one spot to 10th in the world.

“U of T is among just a handful of universities on the planet that can boast world-class scholars across a wide spectrum of disciplines,” said U of T President Meric Gertler.

“This gives our students the opportunity to study with the brightest minds in their fields while gaining the vital cross-disciplinary perspective needed to solve today’s complex problems.”

U of T’s strong performance in the subject rankings comes on the heels of a three-spot jump to 18th globally in the Times Higher Education World University Rankings earlier this year. Among public universities, it ranked eighth globally and third in North America.

The Times Higher Education subject rankings use 13 measurements to evaluate hundreds of universities around the world based on teaching quality, research output and impact, international outlook and industry innovation. Metrics are based on data from a reputation survey and an analysis of citations in scholarly journals, as well as aggregate data on research income from a variety of sources.

U of T rose or held its position in seven of the 11 Times Higher Education broad subject categories. It was also among just five universities in the world that placed in the top 30 in all subjects ranked. The others were Stanford University, Harvard University, the University of California, Los Angeles and the University of Michigan.

Trevor Young, dean of the Faculty of Medicine and vice-provost, relations with health care institutions, said U of T’s impressive performance in medicine is a credit to its faculty, trainees and staff, as well as to the support the university receives from the surrounding community and nine affiliated hospitals.

“We are delighted that the University of Toronto is receiving global attention for the excellence of its medicine and other clinical programs,” said Young, who is also a professor in the department of psychiatry.

“It confirms what many of us have long known – that we’re among the top institutions in the world.”