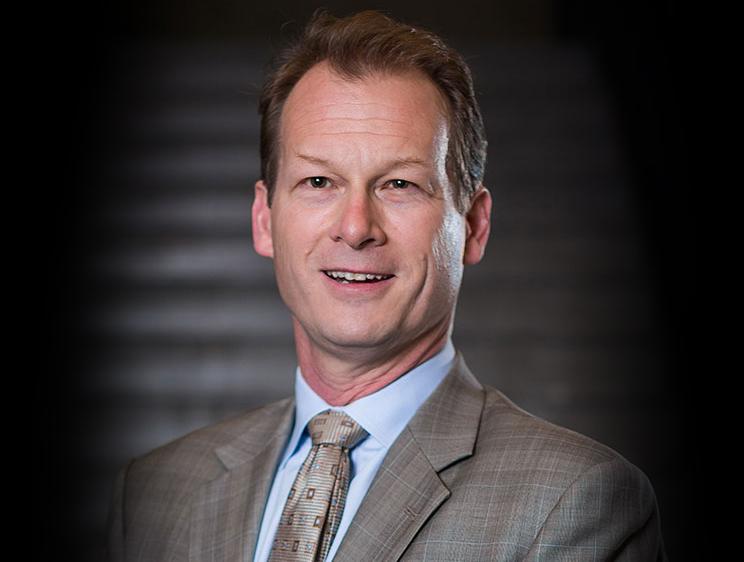 Tad Brown, the University's Counsel, has been named a U of T Influential Leader and awarded one of the two 2016 Chancellor's Awards. The honour is in appreciation of his inspiring long-term leadership in negotiating the significant philanthropic donations that play such a large part in supporting the University's mission.

It is thanks to people like Tad Brown that the University functions. He is the negotiator who has helped donors and U of T collaborate on so many of the game-changing gifts received over the years. Over his 20 year career, Tad has been directly involved in the completion of major gifts that have provided well over a billion dollars in support of the University’s academic priorities including the $25-million gift to create the Dunlap Institute for Astronomy and Astrophysics, the $130-million donation to establish the Ted Rogers Centre for Heart Research, and many more.

And fittingly for someone whose job involves such complex negotiations, Brown prefaces most remarks with a reference to teamwork. “Most everything I do is part of a team,” he says. “In the university, there’s nothing one does by oneself.”

That includes his negotiating partners. “My approach has been always to fully understand the motivations and objectives of our partners,” he says, “what they're trying to achieve. Then to educate them and align them with what U of T's academic priorities and institutional principles are. If you go down that path, there is almost always a win-win scenario.”

Brown trained as a lawyer, and began his career practicing tax, trust and corporate law at Bay Street firm McMillan Binch. “Part of my practice involved advising charities on charitable matters,” he explains – valuable experience for when he was hired by the University in 1996. At U of T, in addition to negotiating gifts, he provides legal and business advice, manages risks, negotiates contracts and provides oversight in the areas of gift planning and corporate and foundation relations.

Brown has worked on many important University gifts and campaigns. “My very first file,” he remembers, “was to help negotiate the naming of the Rotman School of Management, which was the first named faculty at the University of Toronto.” He has also been centrally involved in the $1-billion Great Minds Campaign and the current $2-billion Boundless Campaign. He found a win-win solution for both parties in renegotiating the Alumni Association agreement in a way where both parties felt the deal was improved.

Brown was also deeply involved in creating the Provost’s Guidelines on Donations, which apply his philosophy up front – they make philanthropy attractive for the donors, while protecting the University’s autonomy and integrity. “I think those guidelines have served us very well,” says Brown. Indeed, not only is U of T among the nation’s top fundraisers of philanthropic dollars but is often cited as the exemplar of how to protect academic freedom.

One thing that makes giving attractive for donors is the University’s several matching initiatives, such as Boundless Promise program. “That’s an area where we have tried to be quite innovative,” says Brown. “It’s a proven way of increasing giving to identified priorities, but because we have very limited amounts of unrestricted monies, we’ve had to be very creative in terms of how we use any reserves or our operating funds.” The U of T efforts have worked so well that, says Brown, some governments have asked the University for help in creating matching programs of their own.

According to Brown’s colleagues, not only governments but peers at institutions across Canada turn to him for advice. Universally, his co-workers praise his professionalism, judgment, values and empathy. “My goal is to enable people to see the big picture about what the University of Toronto does, and its historical role,” says Brown. “When people have that perspective, and the room and autonomy to innovate and create new best practices that helps us lead the country in philanthropy, then that gives people huge motivation.”

It’s a fascinating job, he says. “I'm quite proud that the area of philanthropy has evolved to become a true agent of transformational change and impact at the University. It has really helped the University maintain and enhance its status as one of the world's great leading institutions. I’m very honoured by the award and recognition, as it comes from our colleagues, and proud to be part of this great institution.”

Tad Brown and the other 2016 Awards of Excellence recipients will be honoured at a recognition event on May 4.