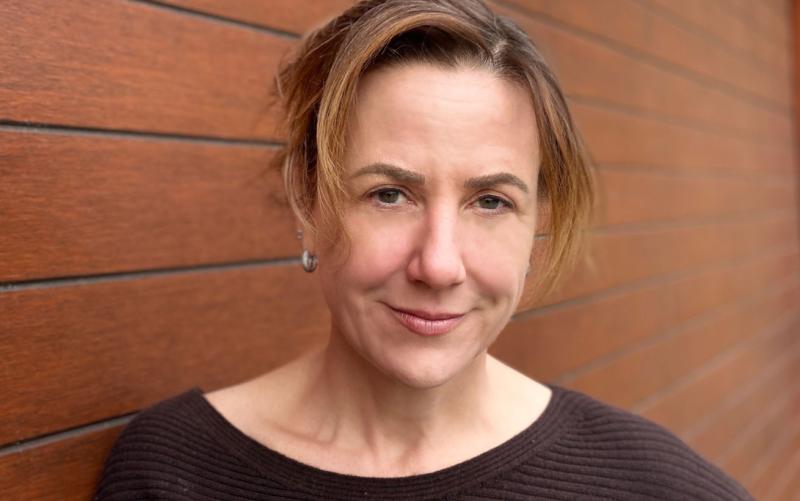 Lisa Hepner (BA 1993 VIC), a Los Angeles-based filmmaker, credits Victoria College and the University of Toronto for leading her to the career path she is on today.

“I studied English and history at Vic. Studying English helped me find my footing in the world of documentary storytelling. And having a good understanding of history helps to inform my understanding of current events,” says Hepner.

“It was at Vic where I discovered my true love—reporting the stories that people should know about.”

Hepner's new documentary, The Human Trial, follows two patients as they take part in an innovative clinical trial for a stem-cell-based type 1 diabetes treatment. It's a story that parallels, in important ways, the search for a COVID-19 vaccine. And it reveals a lot about our research priorities and what we count as a pandemic.

Hepner first dipped her toe into the world of reporting when she joined Vic’s newspaper, The Strand. “I remember working late into the night re-writing my stories—even if it was a story about touch football,” she says. “I was so pleased to be part of the Vic community within the much larger University of Toronto campus. I worked hard to find my own voice.”

Hepner saved up to spend her third year of undergraduate studies in Edinburgh, Scotland. “This was a watershed year for me. I remember being fit at the time as I was a runner. But I didn’t have the energy to walk up a hill.” Tests were run and much to her surprise, Hepner was diagnosed with type 1 diabetes in 1991. “Being diagnosed with diabetes really changed my world view. I learned that life is short—really short—and I became more of a risk taker because I felt I had nothing to lose. I had considered going to law school after Vic, but I chose to follow my heart instead and go into documentary filmmaking.”

I had considered going to law school after Vic, but I chose to follow my heart instead and go into documentary filmmaking

Upon returning to Toronto, Hepner started working for U of T’s student newspaper, The Varsity. She continued to work for the paper after graduation in the paid position of opinions editor. “There were so many great people at The Varsity. It served as a respected stepping stone to other publications such as The Globe and Mail and The New York Times.”

After Vic, Hepner worked for a radio wire service on Parliament Hill. “I found out quickly that I didn’t like working in radio but it did whet my appetite for journalism,” she says.

Starting her own film company during the financial crisis

Full of confidence, Hepner moved to New York City after Vic. Here, she targeted all the film production companies she could find. “I’m a Pollyanna that way. I sent my writing samples to everyone and clogged up people’s fax machines with my resume. I must have contacted 200 people.

“Even though I had just arrived from Canada, people made the time to meet with me. Finally, I landed a job at Thirteen-WNET, a flagship station of PBS. “I met a director who liked my writing and didn’t care if I hadn’t been on a lot of sets.” Hepner, a fan of big cities, relished her time in New York. She moved into freelance directing and producing, and ultimately started Vox Pop Films with her husband and business partner, Guy Mossman, in 2008.

We were living in a tiny, 600-square-foot apartment. Even the dog felt cramped

Hepner and Mossman left New York City for Los Angeles when the bottom fell out of the U.S. housing market that same year. “The tipping point was when my Welsh springer spaniel was standing on my dining room table. We were living in a tiny, 600-square-foot apartment. Even the dog felt cramped. But New York real estate maintained most of its value during the crash. So Guy and I were able to get our money out of New York and buy a decent house in Los Angeles.”

Re-locating to the west coast, Vox Pop Films built up its roster of commercials and branded content. “It’s important that I be my own boss. Taking care of my health is my number one priority. There’s no way I could handle the hours and demands that go with working for a Hollywood director,” she says. “And I was harboring thoughts about directing a doc.”

One morning, after a particularly bad night of low blood sugars, her husband Guy said they needed to make a documentary about diabetes. And so the seeds were planted for their feature documentary, The Human Trial.

“In 2014, we heard about an innovative stem-cell treatment for type 1 diabetes. It took us a year to get access to the regenerative medicine company, ViaCyte. Based in San Diego, the company is working on a functional cure for type 1 diabetes and next-generation treatment for insulin-requiring diabetes,” says Hepner. “We started this project at a time when diabetes was killing more than five million people annually. That number shot up to 6.7 million by 2021—that’s a person dying every four seconds.”

It’s hard not to draw comparisons to the COVID-19 crisis that has plagued the world for two years. The world has witnessed how the research community can band together and work feverishly to solve a medical problem. It did, however, take public-private initiatives such as Operation Warp Speed (that started with a massive injection of $10 billion USD), and a collective will to beat COVID.

As Hepner says in her director’s statement for the film, “When we began making The Human Trial, we had no idea that our film would mirror the headlines of a breakthrough vaccine 10 years later. Unwittingly, our first-person narrative captured the zeitgeist of how cure research should be conducted. The swift rollout of a vaccine for COVID-19 showed us that we are capable of innovating in ways we didn’t think possible. It showed us how critical clinical trials are to support breakthrough research. It showed us what’s possible when the public and private sector collaborate, and when funding isn’t an issue.

“In a post-pandemic world, how do we apply these hard-won lessons to curing other diseases and chronic illness? How do we un-glue ourselves from an outdated model of biomedical research?”

Hepner goes on to say, “When I was diagnosed with type 1 diabetes at 21 years old, I was told the cure was five years away: ‘Stay strong the cure is on the horizon.’ But 30 years later, I’m still waiting. . . . As our film shows, it doesn’t have to be this way. The cure for type 1 diabetes is no longer an empty promise that’s ‘five years away.’ There’s reason to be hopeful if we support pioneering research in a meaningful way.”

The Human Trial follows the lives of two patients, Maren and Greg, and the emotional and physical challenges of being part of a clinical trial. Although the U.S. Food and Drug Administration has to approve human testing, that does not mean it comes without risks. Why would somebody take this risk? According to Hepner, some people are altruistic and believe they can help advance science; some people hate their disease enough to take a chance on a cure; and some people will participate in a trial to have access to free medical supplies.

In this case—only the sixth-ever embryonic stem cell trial in the world—cells are programmed to grow into pancreatic islet cells. They are placed in a credit card-like device that is then implanted under the skin until the cells mature into healthy, insulin-producing cells. ViaCyte has gene-edited the stem cell line to minimize the need for anti-rejection drugs.

The trial, however, is not without its tribulations. The film depicts a very emotional Maren, “patient 1,” as she endures five surgeries over the course of five months to see if the credit card technology is working. She puts on a brave face and calls herself a pioneer. “I would rather take a chance on this than win the lottery,” she says.

The world has been brought to its knees by COVID-19. But people need to know that diabetes is the other pandemic

“Insulin has been used to treat people with diabetes for over a century,” says Hepner. “but it’s not a cure.” It’s a treatment that can be lethal. So the billion-dollar question is—why hasn’t there been a cure? Maybe it’s because diabetes isn’t a ‘sexy’ disease. It’s largely invisible. People get blamed for having it. And we don’t see its ravages until long-term complications start to rear their ugly head. There is a huge emotional, physical and financial toll living with this disease.

“The world has been brought to its knees by COVID-19. But people need to know that diabetes is the other pandemic. Shockingly, $415 billion USD was spent on diabetes in North America last year. If we could channel that money into research, diabetes would be cured by now.”

The Human Trial will open in theatres (in-person and virtually) in June 2022.

This article appears in print in the Winter 2022 issue of Vic Report magazine with the headline, “Lisa Hepner VIC 9T3 The Human Trial.” Read the full magazine here.

Originally published by Victoria University in the University of Toronto