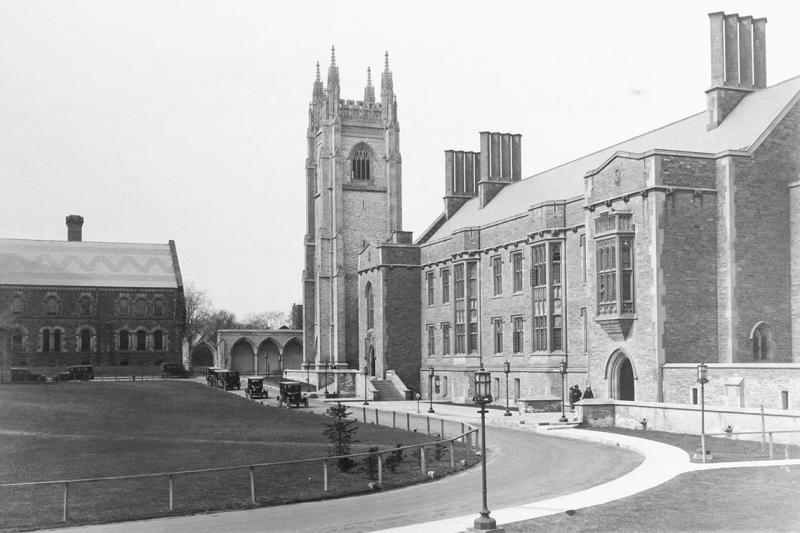 Hart House celebrates its 100th birthday this month, but the building has served as a focal point at the University of Toronto – and, indeed, the city – for more than a century.

It got its start before the First World War when Vincent Massey (BA 1910 UC), a University College alumnus who would become U of T's chancellor and governor general, convinced his family to fund a building that would serve as a place for recreation and co-curricular activities. The Hart in Hart House comes from Massey's grandfather, Hart Massey.

Construction began in 1911, with Hart House officially opening its doors on Nov. 11, 1919. But before that official opening, during the First World War, the building was used as a training and rehabilitation facility for soldiers.

There have been controversies over the century – women weren't given full access to Hart House until 1972 – but Hart House is now an inclusive space and continues to this day to be a focal point for recreation, wellness, music, visual arts, theatre, literary arts, dialogue and more.

"Today, as we embark on our 100th anniversary, Hart House is fully committed to ensuring that every student of this university – regardless of identity, background or ability – feels welcome at Hart House and sees themselves, their stories and their priorities reflected in what we do,” says John Monahan (BA 1987 TRIN, LLB 1998), the current warden of Hart House.

“If we do that, I am excited by the potential for the 100th anniversary year to create unforgettable new memories for everyone who has ever engaged with the magic that is Hart House, as well as for those many who will be encountering Hart House for the first time.”

Read about Hart House's first century and its celebration events